Inside View: In conversation with Neil Tanner

In conversation with Neil Tanner 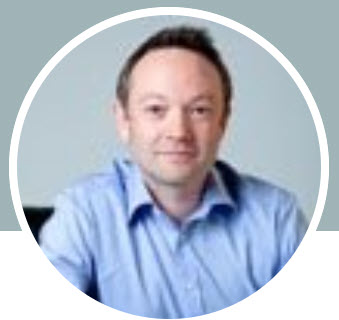 I SPENT THE EARLY afternoon chatting with Neil Tanner, Microsoft Ireland's Business Solutions Group Manager, about a topic he will present at the INBITE 04 conference, scheduled at the Tipperary Institute in Thurles on Thursday, November 18, 2004. After the first few minutes, Tanner had me convinced that the "C" in [CRM] stood for "collaboration" instead of "customer". Tanner won't attempt to rewrite business textbooks on the definition of the CRM acronym but the business processes he shares with audiences suggest an important subtext in how CRM should be handled by SMEs. "Collaboration is actually the cornerstone." And well it should be.

Microsoft Business Solutions introduced this concept last year after the company identified big leaps that small businesses could make by mapping CRM processes onto their Windows desktops. This is Microsoft CRM driven from Microsoft Outlook and it incorporates time-tested strategies inside a familiar Outlook user space.

Microsoft wants its flavour of CRM to make it easy for employees to share complete customer information across teams and departments. It helps automate sales and customer service processes. It makes sales associates look much more informed, which should result in better, timely decisions.

Microsoft CRM integrates with Microsoft Office, Microsoft Business Solutions for Financial Management, and other business systems to give employees a complete view of customer information. The learning curve remains relatively flat because the tools integrate with Microsoft Office Outlook. It revolves around easy-to-use wizards and intuitive drill-down menus. This translates into being able to work online and offline with access to sales functionality.

As is the case in many bits of technology, companies often sit idly on solutions without leveraging the capability they have purchased within existing IT budgets. SMEs running Microsoft Office Professional 2003 and Microsoft Small Business Server would be foolish not to explore the CRM wizards built into Outlook. As Tanner’s short series of screen shots shows, Microsoft has bolted CRM onto SME desktops.

Most people understand the fundamentals of CRM applications. Their functional components are straightforward, the technology robust and mature, and the benefits of successful deployments clearly generate value for organizations. Until now, many CRM applications proved too expensive to buy or rent. The big change is in the muscle behind Small Business Server (SBS) and the user familiarity with Microsoft Outlook. Run SBS behind the scenes, show users where the pull-down menus reside in Outlook and you have a potent CRM application ready to empower a sales force.

Couple those functions with Microsoft Sharepoint and you land in a sweet spot for collaboration that ultimately translates to higher closure rates.

More on the INBITE web site.
Gain even more by reading pertinent information via RSS while in Outlook, then blogging or sharing it like Scoble does.
Tell clients about Microsoft Download RSS Feed and win friends.

Tantek Celik worked on the rendering engine for IE for the Mac (he's still a Microsoft employee, as far as I know), and he has links to lots of people who have comments about Friday's announcement.


You know how everyone talks about Microsoft BSOD's (Blue Screen Of Death, or what happens when your system completely crashes)? I was standing next to Lenn Pryor when his Nokia cell phone got a "Symbian Screen of Death."

We had five geeks sitting around trying to figure out what to do about his cell phone. It was locked up and nothing we did would fix it. I'll find out tomorrow how he resolved it.

I just listened to DotNet Rocks, done by Carl Frankin, audio interview with Chris Sells. Here's another example of a "good customer." Carl does DotNet Rocks on his own time without getting a dime from Microsoft. You seeing a theme here? Yeah, I'm keeping track of who our best community members are. You can bet I'm pointing these guys out to our execs. And, I certainly want to help them make their businesses, like Carl Franklin's VB Master Class training program, stronger.

The other question I have is: why aren't these folks working as full-time Microsoft employees? Do you realize Microsoft has more than a few jobs open? I'm looking for good people to recommend to management as employees. (Yeah, I get a kickback for some jobs, but not all).

Ahh, I see Evan Williams, over at Google, is hiring too.

Oh, the C# vs. VB language wars are over, huh? Does it really matter? Yeah, I know Visual Studio Magazine is saying that C#'ers make more money. I do have to admit that most Microsoft'ers do seem partial to C#, but, most say it doesn't really matter and that future versions of .NET have even more features for VB'ers. So, will the war really end? No. Does it matter? No. Use the best tool for the job. Or, use whatever makes you happy. Yes, I'm still learning C#. I'm on chapter three. I gotta spend more time on that, but then, I'd have to weblog less. Hmmm.

Joshua Allen engages in an argument over "is" or "are." I say that you should write "MSFT is" because "MSFT is an 'it'" and it makes more sense to say "it is" than "it are."

Of course, if you try to make it an argument of whether or not MSFT is an "it" or a "they" then the argument could go his way. But, my journalism instructors always taught me that companies are single entities. There's only one Microsoft. So, it's an it.

Exception, is if you make it clear you're talking about MSFT's employees. We're definitely a "they." So, MSFT Webloggers are. But, MSFT is. Get it? Good.

In conversation with Neil Tanner

I SPENT THE EARLY afternoon chatting with Neil Tanner, Microsoft Ireland's Business Solutions Group Manager, about a topic he will present at the INBITE 04 conference, scheduled at the Tipperary Institute in Thurles on Thursday, November 18, 2004. After the first few minutes, Tanner had me convinced that the "C" in [CRM] stood for "collaboration" instead of "customer". Tanner won't attempt to rewrite business textbooks on the definition of the CRM acronym but the business processes he shares with audiences suggest an important subtext in how CRM should be handled by SMEs. "Collaboration is actually the cornerstone." And well it should be.