Inside View: Magic Mushrooms in Tipperary 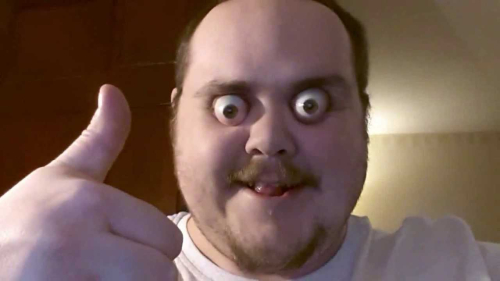 Image from Crazy Eyes on Giphy

Ah Magic Mushrooms! We either have experienced their insanity and hysterics, or we secretly ponder what that crazy feeling can give us by simply consuming a food as simple as a mushroom. I mean if you want to be best friends with someone who appears as strange as you do while talking absolute nonsensical dribble, then magic mushrooms are the key.

Tipperary, Ireland's premier county with a great hurling team, the beautiful Rock of Cashel, and home to great talents such as The Clancy Brothers and The Two Johnnies, surely only somewhere like Amsterdam can be associated with "Satan's Herb".

In Ireland? OF COURSE NOT! the Glen of Aherloe in County Tipperary is apparently home to this unicorn vision inducing substance.

Astute columnist Richard Delevan [1] points out there is no law against magic mushrooms growing in uncultivated land. This news comes as welcome relief to those who walk the Glen of Aherloe in County Tipperary, returning with bountiful harvests. Perhaps the time is ripe for geodetic marking of those clumps of fungi. When they're in season, they are as healthy as those sold in Holland. Irish tourists have discovered magic mushrooms encircling Frankfurt/Hahn within 10 miles of the Ryanair baggage claim area. Perhaps there's a hiking trail trade in showing those interested where they can find uncultivated magic mushrooms growing in Ireland and Germany. And for those without hiking boots, there's could be pointers to the farmer's markets still selling the variety, disguished as long-stemmed salad supplements.

It's not just Amsterdam people taking shrooms, it's in our very Premier too--on a simple hike walk. You can do that, right? I'll meet you there and we'll have shroo.. I mean food, yeah, food.

The essence of Inktober is its communal expression of pure, raw, passionate ink-based art that is created by artists all over the world, including Tipperary-based artists every year in the spooky month of October. [2] The Sky's the limit with Inktober as many types of art have been created from candles, to movie characters, to emotions, to the atmospheric world such as trees swept in beautiful black ink.

Across the time zones in Oregon, Portland-based therapists Tom and Sheri Eckert have been looking at ways to legally access the power of magic mushrooms. The couple took inspiration from Michael Pollan’s seminal New Yorker article, “The Trip Treatment,” which highlighted “stories of transformation,” as Sheri puts it, of patients who used psychedelics to treat various mental health conditions. Specifically, Pollan highlighted the power of psilocybin, a psychoactive compound found in hallucinogenic mushrooms. The therapists “got really inspired,” Sheri told Mother Jones, “but also apprehensive” about putting the idea of a statewide ballot initiative to legalise magic mushrooms. [3]

In the 2020 election, Measure 109 appears on the Oregon ballot as a way to offer a legal pathway to psilocybin therapy. Rather than blocking penalties for possessing psychedelic products, the ballot measure would establish a state-regulated program for using and obtaining them. In essence, accessing psilocybin as an adult in Oregon would be about as easy as signing up for counseling.

We plan to update readers of Inside View on the status of the Measure 109.

1. Richard Delevan wrote about magic mushrooms in the Sunday Tribune, February 5, 2006 under the headline "Magical Mary made mushrooms disappear without any consultation". Delevan was one of Ireland's first bloggers. He's leveraged his skills beyond newspaper columns and is now a strategic communications advisor.

2. Visit InktoberTipperary.com to see the work of Irish artists drawing during Inktober. Sadhbh pinned the mushroom to her collection.

3. Jackie Flynn Mogenson -- "Will Oregon Be the First State to Legalize Access to Magic Mushrooms?" in Mother Jones, NOvember 1, 2020.

Image from Crazy Eyes on Giphy

Ah Magic Mushrooms! We either have experienced their insanity and hysterics, or we secretly ponder what that crazy feeling can give us by simply consuming a food as simple as a mushroom. I mean if you want to be best friends with someone who appears as strange as you do while talking absolute nonsensical dribble, then magic mushrooms are the key.