Things to Do in Ireland

DOWN THE PUB after the end of the academic term, I snapped some shots and then watched electronic visitors arrive looking for "things to do in Ireland" so if that's you, look at the pictures because that's the real story.

Ireland April-May 2006 and in the Ireland photostream at http://www.flickr.com/groups/ireland/pool/

MARC CANTER serves up the post of the day by describing the context of convergence. Marc is speaking at Enterprise Ireland's Web 2.0 conference. I snapped Marc on the streets of Dublin and told him that if his Nokia phone and my N70 were toothing, Zonetag would mark his photo with our context data. In his post, Marc takes the concept of context into sitting rooms, cars, and lifestyles. He says, "If you get the context right, you'll have a pretty good chance of surviving."

MULTIMEDIA DEVELOPERS at Tipperary Institute have built various web page widgets before and some are looking at a request made by Damien Mulley. Damien reads what's in the gutters of blogs--like blogrolls. You can often tell what informs someone's judgment by what's in the gutter of the blog. While I think public blogrolls are so 2002, it would be interesting to see a pop-up window that presents a thumbnail of the linked blog, a concise statement about the blog and the titles of the latest posts on that blog. I think Bilal has code that does some of this already.

RED MUM has already warned about the dangers of the uber-popular site Bebo. Walking through Trinity while students are studying for exams, it's easy to assume that Bebo is a revision topic in several courses because no fewer than one in four computer screens showed Bebo activity when I glanced over shoulders. You're either in Bebo or you're a leper. And you don't have to make your own Bebo page because as Ray D'Arcy has discovered, you can merely cede your name to a fan and they will make up your identity from there. I've seen some Bebo profiles with identities that I am sure third level students will want to lose in the near future. The identities are real names, real pictures of drunken behaviour, half-naked cavorting, and general messing-around that might look good in a pyramid of pictures but in no way could be used as on a CV. The problem is that once your killer photo is linked to a big tribe in Bebo, that becomes your Google presence.

Sound education in your pocket

SEVERAL IRISH PODCASTERS got together today in The Clarence Hotel and discussed "sound education in your pocket". That's a conference topic at EdTech 2006 set for IT Sligo on 25-26 May. The Dublin coffee chat promises to evolve into a vidcast that will play on iTunes before the May conference which means the presentation will be generating international comments and questions as its Irish audience watches it for the first time in Sligo.

This collaborative presentation explains the pedagogical, social, and technological merits of podcasting in formal education in Ireland. The contributions will shape this presentation into a broad coverage of the current state of "Podcasting in Ireland" as well as an introduction to podcasting for listeners. The framework:

WHO COULD HAVE imagined the internet evolving as it has today? Who does not think well of the innovation and experimentation across the internet and the free market to handle the transactions s that enable those markets? What's wrong with the US Congress keeping its hands off the internet as it continues developing? I don't think it's smart to legislate neutrality of information packets because the legislation framing this concept of "net neutrality" cedes the FCC powers that it currently does not have.

WHILE SEATED in a Thurles restaurant, I overheard some interesting tidbits about rejuvenating industry in that town. Planning permission has been given to Centenary-Thurles Co-op for a EUR 10m biodiesel plant. This means farmers who grow rape seed would have an alternative income to replace sugar beet production.

Never bank from a cybercafe

THE BIGGEST SCAM I have personally watched unfold in Ireland involves installing keystroke-logging software on computers. It happened within 10 metres of me at least twice. In one occasion, a foreign national (not me) in a Dublin internet cafe opened a local log file and extracted keystroke data related to a credit card transaction. He also got some bank details. I know these things because after I reported the suspected incident, the owner called his tech support who later called me and confirmed they were increasing the frequency of their hard drive scans, installing Citrix software on top of the kiosks and putting CCTV cameras into positions that could record activities in the far corners of the venue. On another occasion, an industrious student installed keystroke logging on an instructor's work station which subsequently gave him access to staff assets. He then extracted exam papers which were password-protected. I spotted him running a Russian-made password breaking algorithm on four workstations simulataneously.

YOU CAN NEVER put your faith in a single metric because if its measuring stick fails, you look stupid. If I believed Six Apart's statistics for this weblog, then I would be watching 388 visitors trample through this space every hour since midnight. I'd also be watching a blog whose average daily visitor count is decreasing. The correct numbers lie in a composite metric. 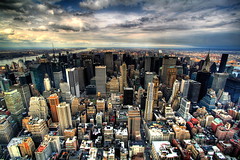