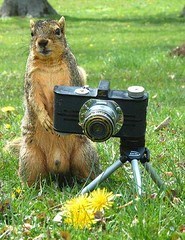 IT'S SUMMERTIME in Ireland and that means out with the fly swatter and into the landscape where we can enjoy nature with things like shooting squirrels. No joke! Squirrels take their own pictures in Ireland and around the world. You just have to take time out to see them snap away.

AS JUSTIN MASON suggests, "It’s time we all agreed that the ‘nofollow’ tag has been a complete failure." Mason explains that "nofollow is a tag that blogs can add to hyperlinks in blog comments. The tag tells Google not to use that link in calculating the PageRank for the linked site." It is not working for this blog because comment spammers don't read words, they simply follow actions. And as long as they can make links, people will follow those links to spam-heavy destinations. 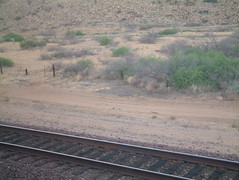 YOU CAN READ Tim O'Reilly's response to the raging storm kicked off in Ireland about the Web 2.0 service mark but if you're not inclined to give the issue any more time, I'll add two corroborating comments.

First, like many people, I got a working understanding of the term "Web 2.0" from O'Reilly publications. In several third level institutions throughout Ireland, the O'Reilly textbooks ground the concept with examples of technology and code. It's only fair to give credit where credit is due. Although developers make Web 2.0 happen, O'Reilly's writers have articulated exceptionally well what Web 2.0 means. I don't think anyone disputes their leading role in championing an understanding of the term. That said, once you give a concept, a phrase or a word the power of social currency, it's tough arguing that everyone should pay you to utter it.

AT TIPPERARY INSTITUTE, we use resources from the Podsafe Music Network because several of our students use the network to promote their own music. However, there are many other podsafe music resources online. Here are some we have seen in the OurMedia resource listing compiled by Dave Holmes. This is a totally excellent listing that we will annotate as part of a Media Studies course in October.

Start of the grilling season

MY BODY CLOCK marks the start of every summertime outdoor grilling season with Memorial Day, which falls on today. We used to fire up the family BBQ every Memorial Day and watch with envy when neighbour Bill lit his Kalamazoo Grill. Bill's grill required at least two metre-high tanks of propane to make it through the Memorial Day weekend. It weighed in around 400 pounds and it could roast a turkey in less than three hours. 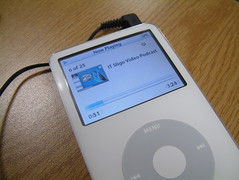 PARTICIPANTS AT EDTECH 2006 watched me present "Sound Education in Practise" on the closing day of EdTech 2006 in Sligo, Ireland, last Friday. My presentation pulled content from Brian Greene, the Technolotics crew, Adam Curry, Conn O Muineachain, the Culture Sluts, Dermod Moore, Liam Burke,  Declan, Dave Maher, Keith Gaughan, Tom Raftery, Black Lab, Steffen Coonan, Mark Hickey, Stacey Pyke, and Nicola Corboy. It's over at podcasting.ie and also linked here [19.1 MB MP3 file] because those Googling for it are dropping onto IrishEyes and acting a little confused. Production quality is a little weak because I produced the podcast in my hotel room in one pass with an anemic laptop. We'll remaster it and present the vidcast version during DIT's e-learning week on Thursday, June 22nd. I really appreciate the assistance of Irish podcasters who graciously submitted their content for use during this EdTech podcast. Shownotes follow.

10 Questions from the Sunday Papers 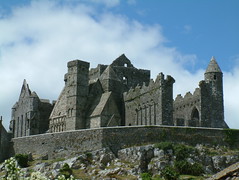 MY LOCAL NEWSAGENT gives me four newspapers and some change when I hand over €8.50 every Sunday. And I cull questions every Sunday out of habit. It's a habit grounded in the Monday Media Writing class that I teach during the academic term--questions I use to elicit student responses. That class is retired for the summer break but the questions keep arising. Today, they came from stories that have roots in at least two of these titles: Sunday Business Post, Sunday Times, Sunday Tribune and The Nationalist.

Question for the Doorstep

I KEEP A RECORD CARD (an index card for American readers) in the hallway table that I will use when canvassed by local politicians during the upcoming general election campaign. First question, "Will your party force RTE (the national broadcaster) to disseminate its content over free-to-air satellite? This is an important way for Irish broadcasting to reach the millions of Irish citizens who use their Sky dish to access content.

Continue reading "Question for the Doorstep" »

CORK BLOGGERS get mentioned in a commercial profile of Cork today, running in the Sunday Business Post. The article mentions several of the mainstream Cork bloggers who fill inches of web space every week on the Irish aggregators. While it's nice to see Peter Flynn, manager of UCC's Electronic Publishing Unit, mentioned in the context of the first website in Ireland, it's somewhat suprising to see an article about Cork blogging without a mention of elder statesman Gavin Sheridan.

AFTER HEARING Robert Scoble lament the whirlpool of feed reading that sucked his energy, I decided to use Google Reader as my pruning list. Scoble was on about this problem several times. So every week, I delete at least 10 feeds from my Google Reader and I won't add any of the deletions back unless I've added a new feed first. That practise keeps my reading list fresh and it ensures I don't lose energy by trying to read hundreds of feeds every day. I can comfortably manage news flow from 70 feeds daily and with Google Reader I've given myself another treat--around one of every five feeds is an image feed. That's entertaining and informative.