Inside View: Getting Social in Ireland

Getting Social in Ireland 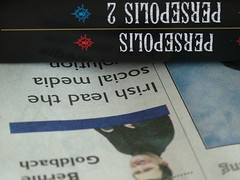 ONE OF THE most significant shifts of online behaviour is happening among Irish internet users. Dozens of early adopters are starting to spend more time using social media instead of browsing websites or watching online video clips. The largest clusters of Irish internet users appear in social sites like Bebo, boards.ie, Facebook, Flickr and Twitter. Recently, analysts began referring to them as social media sites.

Social media is not just for “viral” advertising. Social media represents a space where creative conversations can encourage consumer decisions. It often revolves around the use of media created and distributed for free. It uses new tools of online social interaction to help businesses extend their reach.

On the BSc in Creative Multimedia at Tipperary Institute, a semester-long module in Social Media explores these online internet properties through the lens of creativity. In fact, social media cleverly integrates audio and visual content from separate places. The most successful social media sites permit the embedding of rich content. It no longer matters where you have your interesting content when you can link to it or embed it directly into a social media site. Third level students learn to upskill in multimedia tools, while simultaneously practising their effective use online.

Less than a decade ago, companies paid script writers and articulate consultants to craft speeches, audio clips and short videos. On several occasions, I earned big bucks for producing these kinds of things. But today, smart companies look to start conversations with hundreds of interested customers online.

Embracing social media for best effect often means adapting the way a company manages its communications. For some Irish companies, this means changing their internal processes. It could mean a world in which companies talk directly to their customers, the media, and their sales prospects. If this occurs, the business of social media communications will probably become an in-house skillset.

Some of those in-house skills involve expecting mobile phones to communicate to a wider audience. Mobile phones, such as the Nokia Series 60 devices, can already produce web videos by using free services such as Qik.com. These shaky-cam experiences bring a sense of authentic engagement to an event. When shared in a social network, they promote brands and help boost a new product or service.

This does not mean companies cancel their broadcast advertising minutes. It does mean they supplement their high-cost productions with low-cost social media moments. The secret remains in how to set up the effective use of social media.

Nothing has changed in the first order of product promotion—because if you do not have a good product, you will not enjoy a positive vibe by trying to drum up a social media campaign.  Social Media is not something you shake on top of a marketing campaign. Instead, it is a process followed to personify, enhance, and translate a traditional marketing plan in a social space where the consumers actively talk, listen and view.

Some PR companies have already engaged social media strategists in the role of corporate communications. Twice a week, the PR podcast from Shel Holtz and Neville Hobson spotlights several of those strategies in the mainstream. The Hobson and Holtz Report explains that using social media tools does not automatically translate into a business process.  As Chris Brogan, marketing analyst from Boston explains, “Looking for a career in social media would be like seeking a career in email.” He points to salespeople who use social media tools to build leads and to sustain brand loyalty.

An effective social media strategist understands how social media affects a wide range of corporate functions. They know where people talk online, who is most likely to initiate a conversation and how to follow the flow. This new-found knowledge forms part of the product development and market research for the company. This real-time market research creates seismic moments that surge faster than most corporations can think. By listening to places like the Irish Pulse (www.twit.ie), PR companies can often track the reach of their message in this social media space.

Marketing as we know it now has started to morph into a greater consumer-driven product management function. When done correctly, this kind of marketing requires less effort for marketers in the role of demand creation. But it requires a greater passion for following a generation of Irish who no longer chat over a cuppa. Instead, they gather around content and spread their opinions in social media.

Bernie Goldbach -- "Irish lead the social media revolution" in the Irish Examiner, 16 May 2008.

Getting Social in Ireland

ONE OF THE most significant shifts of online behaviour is happening among Irish internet users. Dozens of early adopters are starting to spend more time using social media instead of browsing websites or watching online video clips. The largest clusters of Irish internet users appear in social sites like Bebo, boards.ie, Facebook, Flickr and Twitter. Recently, analysts began referring to them as social media sites.