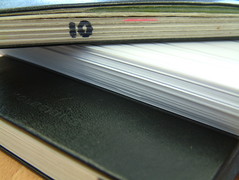 MY NEXT 5000 BLOG posts recorded on my blog will happen in less than six years because I'm harvesting and aggregating my legacy content onto www.insideview.ie since I trust Six Apart with my content. A lot of my legacy content sits unread in small Moleskines like the ones at left. I'm also searching out prolific scribes, hoping to learn how to write better. From past interactions with long-time readers of my blog, I know I could benefit by not being so obtuse. I'm going to try to cut out rambling thoughts and when I don't recognise a ramgling thought, I'm going to delete all the verbs. Over the past three years, while listening to guest lecturers who have visited my creative multimedia classrooms in Tipperary Institute, I have learned that I am asking students to create content that is too long. I started in 2002 by imposing 3000-word essays, due at the end of the academic year. Now I'm happy to get 140 character captions at the end of a one-hour lecture, five word headlines during a tutorial session and 250 word synopses from students recorded on Moodle. The end result: more than 3000 original words in the same space of time as the original tasking.

AFTER SEVERAL YEARS of using my trusty HP Scanjet 4890, I've learned several things about living with USB powered devices. I'm careful of USB hubs because I've been in several situations where my scanner misbehaved because it was connected to an unpowered hub or the hubs power adapter was disconnected. Some powered hubs do not include the power adapter as a standard item--something I've also discovered to my frustration. Some hubs cannot handle more than four full-power USB devices. In my case, I can get data drop-off to a connected USB hard drive and when that happens in the middle of a scanning job, my scanning software often crashes. In most cases, when I suspect an issue with a USB device, I move the unit most important to my work to a USB slot that is directly connected to my computer's USB port. Even that can be problematic because I've discovered the rear ports on some of my older laptops just don't work anymore. All important lessons learned while working with USB devices.

OVER IN IBM IRELAND, the AHEAD WAM work placement programme offers five new work placements available for the last half of 2009. Four of these opportunities involve information technology and one involves tele-sales. IBM would like to reserve these jobs for third level graduates with disabilities, and the company is targeting graduates with IT/Computer Science degrees. It's possible to fill the tech jobs if a candidate's aptitude involves electrical engineering, mathematics or related technical field. These jobs close out on Friday, 21 August 2009. If you know someone who is a recent third level graduate, you should point to the IBM Application Pack

Link to the Programme: http://www.ahead.ie/employment_wamprogramme.php 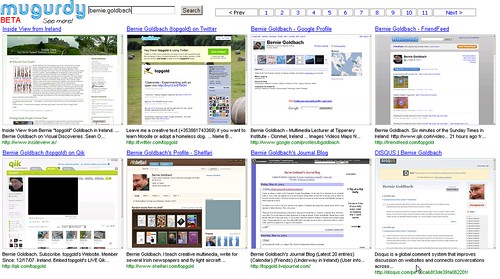 SOMETIMES YOU NEED TO SEE the way something looks in order to decide whether it's for you. Sometimes you need to glance at stuff for inspiration. In the Twitter Age, you need to occasionally see screen grabs of places you rarely visit anymore. All these things are possible if you search for things by using Mugurdy, a search engine coded by an Irish developer. By looking at my name on Mugurdy, I can see derelict web properties I used to maintain and other URLs that I visited just once while using my name. The information on my name-check is correct but the reach of the service does not appear to poke all the way into some of the special places I use on the internet. Perhaps that's a good thing.

ONE OF THE COOLEST THINGS that I enjoy about the Nokia N97 is its ability to play AVI files. You have to crank the AVI files through DIVX, using the mobile  DIVX player here or HERE. Save the SISX file and install it onto your Nokia N97. It will install through the Applications Manager in the PC Suite or via the Ovi Suite. I also know you can copy the file onto the phone and run it from the file manager on the phone. You'll see the player on the phone and you can do fun things with it. Just load up AVI or DIVX files into the videos folder of your phone, run the DIVX Mobile App, and you're in business.

But if you have the Nokia keyboard at right, you're in for more fun because the keyboard lets you switch to full screen (best done with files that are 368x208) and change the movie settings for DIVX and XVID (AVI) files on your Nokia N97.

Knowing this, I'm starting to render files to SVCD (480x480) or lower resolution to avoid any playback issues on the phone. 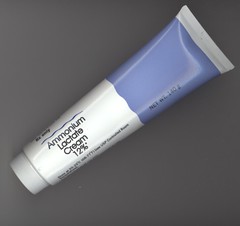 MY RIGHT HAND has a skin condition that appeared with a vengeance when I started building things using cement--just my right hand. When I visited my brother in Pennsylvania a few months ago, he told me that his hands would develop irritating itchiness and the skin would start cracking open. He suggested I use skin creme spiked with ammonium lactate. In fact, he gave me four tubes of it (see right) and I started using it regularly, to good effect. But to cover my bases, I checked in with Doctor Google to see what I was treating. I learned "this medication may cause stinging or burning when applied to skin with fissures, erosions, or abrasions." True, from personal observation. When I ran 15 miles a day, I felt the effects of lactic acid inside my legs. Years ago, my cross-country coach told me lactic acid is an alpha-hydroxy acid. It is a normal constituent of tissues and blood. Doctor Google told me the alpha-hydroxy acids in the skin creme I'm using "act as humectants and they influence hydration of the stratum corneum. In addition, lactic acid, when applied to the skin, may act to decrease corneocyte cohesion." But I kept on reading about the malady and learned I was treating ichthyosis vulgaris. 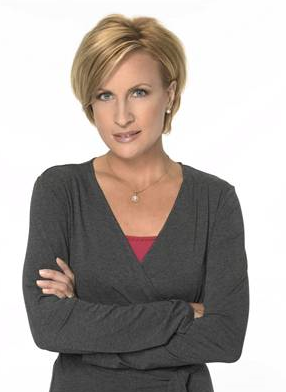 CURRENT EVENTS IN MY LIFE cause me to find perspective in the example of Mika Brzezinski, the 42-year-old co-host of MSNBC's Morning Joe show. I was one of the 10,590 people who gave Mike five stars for refusing to lead with Paris Hilton as a top story on a morning when much more compelling stories needed coverage. Mika lost her job at CBS News in 2006 after a new management team cleaned house. At that time, she was on an upward trajectory towards 60 Minutes but all that changed. She says it was the biggest downturn of her career, emotionally and financially. She became a housemom for a while, discovered she still couldn't cook, and remembered the advice of a friend who told her that being let go was the best thing that could happen. So when her husband told her that it would be a good idea for her to reconnect to the job market before they all got sick from her cooking, she started a long slog through a year of job interviews that did not go well. She finally stuck herself back into the system, even when it meant taking a step backwards by being a freelancer doing 30-second news cut-ins on MSNBC. Then she met Joe Scarborough in the hallway at MSNBC and really hit it off. She was asked to join him on Morning Joe where she can say what she things, be her somewhat unorthodox self, have fun, and deliver a serious tone to reading the news. 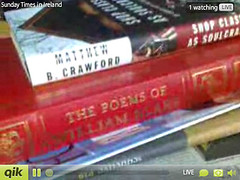 EVERY SUNDAY, I record at least one 10-minute Qik video clip (today's is 7 minutes long) as I flip through the Irish papers and as a regular broadsheet consumer, I have to say the mood in Ireland is moving from gloomy to confrontational with an ample measure of backbench unrest tossed in [1]. A lot of people don't know how secure they are in their jobs and an increasing number are taking active steps to confront, stare down, and intimidate government ministers. There are measures in place [2] for helping those made redundant alongside a strong echo chamber resonating about the necessity of keeping people incentivised towards work. [3] As promised in the video, I've scratched down some short notes that I referenced in my Qik clip. 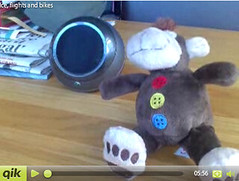 CYCLING IS SOMETHING I need to readopt as a lifestyle choice, so I'm going to start by listing some hyperlinks to bike sites and mention my favourite vendor, Worldwide Cycles. Years ago, I rode seven miles each way to work against significant headwinds. On many days, the winds would reverse themselves by the end of the work day so I had it in the face while traveling both directions. Cycling accounts for a miniscule amount of journey miles in Ireland--less than 1%--while in Denmark (18%) and the Netherlands (27%), cyclists have shown another way to fitness while taking a gentler commute to work. Like jogging, cycling gives me a mental boost plus it also cuts my calorie intake and improves my concentration. The lifestyle choice of taking a non-carbon route to work would improve conditions related to global warming, a topic I discuss with some satellite imagery in today's seven-minute Qik clip. While making the clip, I discovered my Nokia E90 could support simultaneous use of both Qik and Alon MP3. That's remarkable, because that means my earbuds were being addressed by two programs simultaneously, and everything worked. On to the chain links! 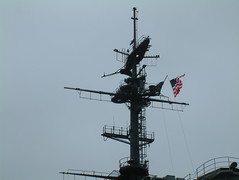 ONE OF THE RECURRING topics during Irish OpenCoffee sessions in Limerick concerns serviced offices, hot desks and incubation spaces. Howard Doyle of Office Suites has carved out a template for this emerging sector. The idea plays well for laid-off executives who need to set up consultancies. The serviced space can start as an entire unused building that gets sliced into smaller spaces offered as short-term leases to individuals who often walk to the office from their homes. One-person offices rent for as little as €390 per month through OfficeSuites with broadband costing another €20 per month. Like the Greenhouse Incubator in Limerick, OfficeSuites offers connections to solicitors, accountants, web designers and life coaches. If Doyle's serviced space proves viable in locations like Blackrock, Malahide, Howth, Monkstown, and Dalkey, he may roll out similar spaces in Galway, Cork and Limerick. The idea plays nicely in an economy that is forcing 20% vacancy rates onto the Irish commercial property sector. It's highly unlikely that any of these serviced spaces will look like one of my first serviced spaces, found aboard a sailing ship like the one above left.Sent mail2blog using O2-Ireland Nokia E90 Typepad service in the rain under the Rock of Cashel.