Reinaldo Albeiro Rodas Torres - Buzz. It's in my Gmail.

Araceli Arroyo - I am starting to like each for different reasons. My preference however is still Twitter. Buzz is like an interactive message board that is easily accessible via gmail. However twitter makes it easier to initially post your thoughts because of all apps and platforms to use those apps.

Santo Aboeprajitno - Well at the moment, I prefer Tweeter, maybe because I'm not familiar yet with Buzz.

Alfonso Tulli - Twitter. Because it's a common stream, has tons of satellite services and it's minimal.

James Stegall - Buzz. You can actually join in a conversation.

月影 سایه ماه - Buzz to discuss. Tweet to make a statement or spread some words.

Keri Mikuska - love the Buzz interface and readability, but my gmail contacts and twitter contacts are worlds apart. I mean, do you think Lady GaGa has gmail? Will she leave twitter to join buzz? I think I'll have to manage both.

Kevin Keranen - I like the comments. I think what we all need is the universal interface the meebo rendition of twitter, buzz and facebook all in one place.

Gene Lew - I am sticking to twitter for the fun stuff and Buzz for discussion of technical stuff.

JAMES OO - maybe Buzz is for those who can't keep to 140 characters? 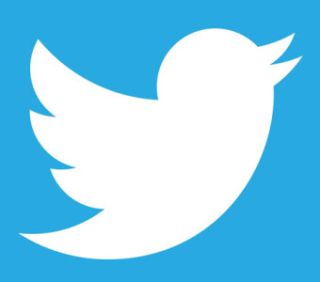 Brandy Tanner - Twitter. Buzz is killing me! Maybe because it's just too new and is another inbox distraction!

Marilyn Stein - Twitter, but Buzz would be fine if tweets were integrated better!

Zain Ali - I like Buzz! because it's beside my email inbox. I don't have to open any other site or any third party app to use it.

Misty Stanley-Jones - Twitter is currently more useful to me, mostly because I'm used to it. Buzz still seems disorganized and I can't find a good flow for keeping up to date with it.

Bilal Abdallat - Sure Buzz, cause it easy to use and its live update with my email, and it's join two things business and my friends.

Steven Sill - Twitter currently gives you a bigger audience, but I like Buzz so much more. Threads are a much better way to have conversations online. Buzz has supplanted FriendFeed for me, and I already spend more time on it than I do Twitter.

Matti Figura - Buzz, Twitter limits how much you can write, and I never got on with it.

Jared Padgett - For what I was using Twitter/Facebook for, Buzz is better. Used as it should be used, Twitter is Twitter and Buzz is Buzz though. It isn't really an apples to apples comparison.

Marlina McKay - Twitter because I can go visit a profile page to keep up with a conversation. Buzz muted items don't always stay muted. I like information, but goodness!

Justin Jovic - I like Buzz, because it is less limited, but it will really take some cool client apps that tie into Buzz to make it buzz.

Bilal Abdallat - and the 4th reason from me it's fast.

Michael Blankenship - Never used Twitter. Honestly I wouldn't use Buzz either if it wasn't integrated into my Gmail. I'm glad it is though, this is neat.

Paul McCord - I don't think this is an appropriate question because Twitter is not a competitor to Buzz. If you roam around all of the social networks, you will see that at least 50% of the traffic on them are driven from imported Twitter messages. I think Twitter is an enhancement to Google Buzz, Friendfeed, and Facebook.

Mathieu Dubois - I think they complement each other for now. Can't see just using buzz, but there is potential.

Kyle Ackerman - I like the interface much better. It just needs more users and UI tweaking

Flavio Gut - Twitter is easier to see what other people are thinking. Buzz is better to start a conversation.

Sharon Sermons - I like both but also think that buzz is better to start a conversation ... after all you can't do that with 140 characters ...

Kevin Shannon - I like Buzz but it will take a long time to get as many people using it. Twitter took a long time to gain mass and it's easy. Right now Buzz takes a bit of tech savvy to understand. Just like Friendfeed the audience that's drawn to Buzz will get more out of using it. For now I'm happy that I can push Buzz posts to twitter and pull twitter posts in.

walter perrault - Buzz Is much Better than Twitter buzz Has A more Personal feel To It.

Jason Nunnelley - Can I have FriendFeed back?

Tami Smith - Buzz is engaging. Twitter is for scanning and seeing trending topics.

Antti Lindström - Buzz has the features in a nice, quick package. Where twitter needs tools to work, buzz's fine with web app - for mobile too. And if you feel like it, by using latitude you may give some locational love to this whole thing!

daniel oconnell - buzz cause i can interact with people.

Scraped from my pre-dawn Buzz flow. I'm @topgold on Twitter and bgoldbach on Buzz. I've removed several names from this listing as requested by the authors.

Posted at 04:34 AM in Current Affairs | Permalink