TODAY IS THE THIRD ANNIVERSARY OF JAIKU FRIDAY, suggested back in 2007 by Pixenate frontman Walter Higgins and echoed by Alexia Golez. It passed by without Google using the event as any sort of benchmark because even in 2007, Twitter was everybody's baby. When I posted my original item in 2007, 38 references appeared to Jaiku Friday on Google. I preferred to use Jaiku as my microblogging platform because the service worked very nicely on my Nokia E90. Back then, I was following fewer than 50 people and around 20 websites with Jaiku as the main aggregator. Jaiku also worked very well as a back channel for community groups, as a text channel for college campus activities and as a friendly place for social networking site. 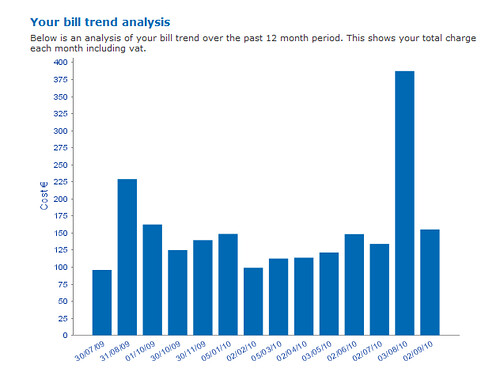 I KNEW THERE WAS A PROBLEM when a polite O2 employee rang me in hushed tones about my monthly phone bill (see above for the month of July). The previous August, I had pressed up towards EUR 250 in charges but that happened while I roamed in the States. Most of the EUR 378 that my phone sucked down in charges this past July happened while commuting 14 miles between Cashel and Clonmel in County Tipperary. I've never used my phone for tethering but I'm getting charged as though I do. I pay to use an O2 dongle and I use that when connecting my laptop to the internet. Several things happened to me that bear repeating.

Sunday News During a Meltdown

DOZENS OF HEADLINES across every Irish Sunday newspaper call for the resignation of the head of government in Ireland. Brian Cowen was fit-for-purpose in the 1950s but in a day when one slurred word during a morning interview can cost the country billions of euro worth of interest charges, it's become costly keeping the Taoiseach in place. For the respect of the institution and for the good of the people, a general election needs to be called in Ireland. Thankfully, back bench politicians, independently elected local voices and curiously absent TDs can easily conspire to collapse the present government. The ideas are all across the Irish broadcast spectrum but more significantly, the need for a change in government is emerging in corporate boardrooms across the world. I expect evidence of that mood will emerge on Irish business pages before the December budget is proposed. In the meantime, I've a short 12-minute recap of the news, recorded while I paged through the papers. 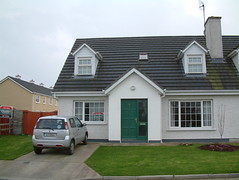 WE SUCCESSFULLY SOLD A HOME (at left) in Kilkenny five years ago because we wanted to move into a bigger house located closer to work. We sold in the middle of the Irish property bubble and listened to estate agents and mortgage brokers try to lead us down a pathway along with others who were much more likely to borrow to buy a house than to buy any other kind of asset. When we sold, we were receiving letter box promotions for credit cards and every national television station carried advertising for mortgage top-ups. Those were heady times in 2005, heady for the local councils who were getting more money than ever before to build paths, playgrounds and town plazas. The Irish government, and specifically the Minister for Finance Brian Cowen, stayed well clear of the hypergrowth in housing. Government policies encouraged people to take out bigger mortgages to turn capital gains into cash. This was a dangerous pro-cylical stance by the Irish government. We live with the fall-out now. The Irish property bubble popped and Ireland faces at least a generation of prolonged economic weakness. Only blind politicians missed the Irish property bubble. Those politicians remain in power today. They don't read my blog but they do read The Economist where "a study by the IMF found that output losses after house-price busts in rich countries have, on average, been twice as large as those after stockmarket crashes, and usually result in a recession". From where I sit, the foundations are sinking. 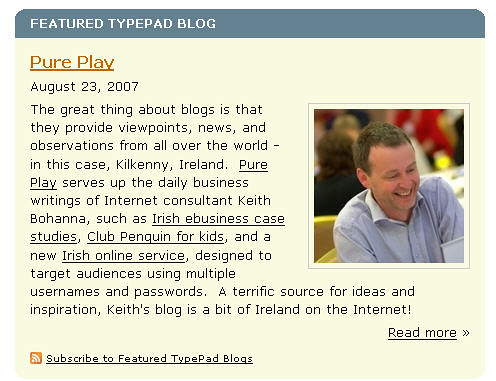 I TEACH A project management module in the creative multimedia degree programme at Tipperary Institute where I've discovered the importance of highlighting the difference between strategy and tactics. I think it's useful to point to established professionals like Keith Bohanna, especially since Keith has a track record for getting things done. My operational definition of the words "strategy" and "tactics" reflect my background, so I have to lay the seeds for meaningful classroom discussion where both practical examples of well-founded strategy and tactics come into the open for clear understanding. My first port of call in this classroom exercise is my blog, where I've noted a few public references to both strategies and tactics in the mainstream Irish media.

I LEARN A LOT by reflecting on what has gone before. At the moment, I'm listening to audio tracks made by students as they highlight items of information from their first week on a project management module in Tipperary Institute. I'm teaching a basic module, with an emphasis on agile development. I've asked students to offer up their own viewpoints next week because I want to learn from what they cite as the high points of the first four hours of directed classwork.

Week One on the Whiteboard 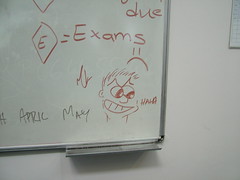 THE FIRST ACADEMIC week blew by without much rainfall in County Tipperary but if an outsider watched the downpour in terms of cognitive skills, this week would have been one of the most significant in my adult education career. The week's recap goes well beyond the classroom whiteboard. I need to gather my thoughts and produce a short screencast that shows visual evidence of what I'm seeing. However, I'd rather commission a team of participants to produce this documentary evidence. This sounds like a request for third level students taking the Web Media for Business special purpose award. Gathering documentary evidence is like arriving with your camera at an accident scene. There's a degree of forensics analysis required and that's a core skill that isn't taught to most students at Tipperary Institute. We'll produce the document, and also offer the requisite health warnings, because some of what my creative multimedia students are doing exceeds the allocated teaching resources in an average university environment. The fact that they're reaching these higher levels is testimony to their skills as knowledge workers.

Will Knott comments from outside the classroom.

Making Smarter Use of Home Heating 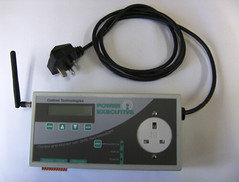 WE HAVE TO REDUCE our wintertime home heating oil burn and I'm looking at ways of controlling the heating plant. Right now, we flick on different zones in the house and that reduces some of the heat loss by keeping the heated rooms to a minimum. But I'd like to be able to start the boiler while headed back to the house after a weekend away, I'd like to know it's actually shut down when we're at work and I'd like to shut things off at night without walking downstairs to power everything down. That's why I'm reading the technical specifications of a Power Executive. It's actually a GSM receiver with smart circuitry inside. I could connect all the zones of the house to it and maybe an IR module to detect movement. The Power Executive records things, responds to GSM inputs (text and voice calls) and doesn't appear to be complex. I'll blog about the little control panel if we decide to get one. 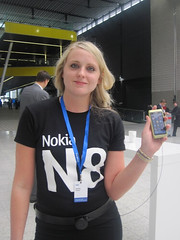 NOKIA WORLD 2010 IS DROPPING into my earbuds because I'm subscribed to an Audioboo stream that's coming from the event. Part of the flow is from Peter Donegan and he has several key presentations available for easy playback on the Audioboo site. Peter caught up with Pat Phelan during the event and asked questions about the Nokia N8, a phone that looks like it would be durable enough for several years of field duty in our creative multimedia programme at Tipperary Institute. Several presenters at Nokia World used the N8's HDMI connectors to cable directly into the main stage and play back their presentations for the crowd. That's one of the use cases I have in mind for the phone. I also like the N8's 12 megapixel camera. I've heard several podcasters talking about the N8's camera heritage. I like what I hear about the technology and design decisions with N8 imaging. I hope the Nokia N8 hits the Irish market before the end of September and that O2 offer it at the right price point for the double platinum upgrade that I'm carrying in my pocket.

Donegan and Phelan at Nokiaworld

Michael Gartenberg -- "A week with the Nokia N8: Can Symbian Survive?" on the Slashgear blog, 14 Sep 10.

I TEACH "TECHNOLOGY AND TRENDS" to a thoughtful group of fourth year creative multimedia students in Tipperary Institute. We use handheld audio recording devices (i.e., an iPhone connected to Audioboo, Nokia N86 with XLR mic, a SonyEricsson Xperia X10 running Audioboo, and a Nokia 5800's podcatcher to pull down samples of work. Here's the first classroom discussion: