Inside View: Hell in Norway 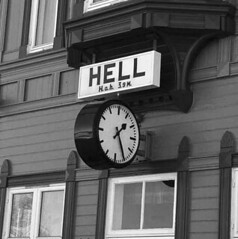 Twenty-three year old Khamshajiny Gunaratnam was one of the youths attending the AUF summer camp at Utøya where a machine-gun desperado killed at least 80 on July 22nd, 2011. Kamzy´s gripping account of fleeing for her life can be found in Norwegian at her blog translated into English by Nina Volstad.

The worst day of my life

I´m actually still in shock. I can´t shed a single tear. I can´t believe it: Today I actually almost got killed. Hunted and killed.

What can I say? The last normal thought in my head was about the AUF´s organization of students. I had just been to a political workshop (that´s what we do at Utøya) and was on my way up to the AUF-shop where I was going to take a shift.

A good friend came over and informed me of the explosion that had happened in Oslo. Sick! The Government-block and Youngstorget? Of course many were concerned. The atmosphere wasn´t exactly great, many thought this to be the worst moment at Utøya this year, but then things started happening. I had a lump in my throat. The biggest one ever.

We were first summoned to an info meeting by the leaders in order for everyone to get the same (and correct) information. This meeting was helpful and went well. Most people got hold of their family members in Oslo and checked that they were alive. I couldn´t get hold of anyone in my family for ages! When I finally got a confirmation that three of them we´re out of town and that one was at work far away from the city. then I could breathe. Really. I went back to the AUF-shop.

The General Secretary Tonje Brenna came over and spoke to me. Wondered if I needed someone to talk to. Then we heard shots from down the hill. Who the fuck is fooling around now, we thought. Who didn´t think it was just a joke?

Suddenly I saw all the security guys running upwards telling us “to hide”, “run into the main building” . I ran to the loos just by the AUF-shop. The shots came closer. I was quite sure that this was some “joke”, but you can never know for sure, as today has shown us. The seconds in that loo were horrible. Slowly but surely I managed to set my mobile to silent and put it in my bra so I wouldn´t lose it. I took of my purse and put it on the floor. When I finally heard a familiar voice I came out.

But it wasn't over. We had to run behind the NATO-loo (as it´s called) and downwards to the corner, to the right of the jetty. We fell and tripped through a lot of bushes and huge rocks. I got a lot of cuts. There were probably 15-20 persons, maybe? I was stressed out. Matti held me and calmed me.

We ran and ran. The worst was when we got to know: The shooter was dressed as a policeman. Fucking hell.

In that case, who could we trust? If we call the police – then this guy will come and check or what? But we did try to call the police! They used a damn long time. So I gave my phone to Munir and asked him to update Facebook saying that everyone with a boat on the fiord had to help us.

We ran back and forth when the shots drew nearer. Matti said we had to swim. But how would I manage that, thaaat far?

Trond Agnar suddenly appeared. He said that several had tried to swim, but had returned because it was too cold, too far, too difficult simply. But do you know what? I´d rather drown than be shot. Sorry. I took my shirt off, and by Matti´s encouragement started swimming. It got heavy, so I had to remove my trousers too. Soooo cold.

I swam. Matti saved me. He said the right things and he did the right things. He made me swim – SO far. When we´d swam some distance Matti said: “Kamzy, don´t look back. Look towards the land on the other side and think that that´s your goal.”

“Ok,” I said. We heard shots all the time, and I'm still surprised that me or Matti didn't get hit. But, I was told later that he stood there. That was why Matti told me to look straight ahead. He stood exactly in the spot where we´d just been hiding. My God! He´d tried to shoot at us. We were hunted.

But I swam. Then boats came to rescue us. One of the boats threw life vests and then had to drive on. Then the next boat came and got us. Even when we were in the boat I couldn't relax. It wasn´t like a “yes, we´re saved”-spirit. He could still hit us with his machine-gun! I got down on the floor of the boat immediately. I didn´t feel safe. Not at all.

Some of the locals helped us when we arrived. They gave us towels and drove us to the Esso GasSation where the police and ambulance personnel were waiting. I was in shock. I couldn't shed a single tear. Hadn't it dawned on me?

Suganthan came over to me with my mobile and apologized for it not working any more. Dear Suganthan, I´m just happy you're alive!

Anniken Huitfeldt called me and talked to me. I have no idea whose phone it was--a girl came over to me and told me that Anniken wanted to speak to me. And I asked her, “What the hell took the police so long?” She agreed. And tried to calm me, asking what happened.

A really nice girl who worked there got us clothes and warm drinks. I also got to call my dad. I'm so happy he handles these things calmly – even though he was worried sick.

And then we went on. Everyone had to go to Sundvollen Hotel. There we had to register and assemble.

I'm still in shock. Who does that? Blowing up important buildings in Oslo and killing the future politicians of the Arbeider Party who are attending summer camp at Utøya. What wrong have we done?

Those who resort to violence have run out of arguments. How could he do this to my AUF-friends? It seems so surrealistic. I don´t understand. I can´t comprehend.

I recommend every one to watch Jens Stoltenberg and Knut Storberget´s press conference.

But first of all my thoughts go to all family and friends. This is the time to take good care of each other. Contribute and lift each other. Comfort each other. And show the warmest parts we humans have.

But I´m still in shock. And that´s the reason why I´m writing this note. I can´t bear to tell the story again and again. That was a short version of what happened. On my part. But the fear that was there all the time. I don´t think I can describe that. We were also informed constantly of who had been shot etc – I´ve left that out. It´s inconsiderate towards their family and friends. They deserve better. We don´t deserve to die. And that's why I´m writing this. We´re just normal youth. We participate in politics. We want to make the world a better place - I missed the part where WE became the bad guys.

Thinking of every single one of you that were at Utøya today. I really hope everyone survives. You deserve better. It was important for me to share this. It is important.