Inside View: If Your Business Needs Facebook You May Subordinate Google Plus

« Who Looks at My Cameraphone Shots | Main | 86 Irish Copyright Questions »

If Your Business Needs Facebook You May Subordinate Google Plus 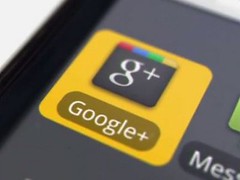 I LIVE ONLINE so I see a lot of cross-talk about watering holes people use in their virtual lives. I also know there's not enough time to hang out at every online oasis.

Every week, I read and hear pundits as they reduce our real world into their anecdotal segments. That's happening a lot when it comes to figuring out whether Google Plus has a place around the social networking table. I've given this some thought and started writing a short blog post about it. Read on if you want to see the money. I point out three things you really should consider. But if you're pressed for time, click my image at left and connect to me on Google Plus.

In Ireland where I live and work, the most prolific social media mavens earn a tidy sum by advising businesses where to set up online. Some are well-respected analysts, communicators, copywriters, web developers or coaches. In the late 90s, a few of them were giving advice to "build a website" and the best-paid advisers were getting 1000 Irish punts per web page built. (I did not misplace a zero in that factual statement. It's a fact I learned from a web developer I trained in 1997.) In the dotcom Y2K era, social media experts made people feel unkempt if they didn't have a fresh-looking easily-discoverable website.

At the peak of the Celtic Tiger, Ireland's most-lauded web developers were refreshing HTML 3.2 sites with dynamic pages, embedded content, and e-commerce technology. If your online presence wasn't in the top three on a Google search and if your media strategy did not embrace some form of elegant web presentation, the developers whispered about your stale appearance. Within a few months, friends were confirming that it would be good value for money to refresh your presence. The top Irish developers would be happy to work with you, several getting more than 100,000 euro for a big project--and none of that money went into student-friendly Facebook. The developers could have learned their skills from our BSc in Creative Multimedia in the Limerick Institute of Technology.

Within three years of the iPhone's landing in Ireland, the truly mobile web was tightly interlaced with social networking. If you were a player in the space, you needed a desktop site, a mobile site, and a social media presence. Respectable companies found the 10,000 euro to get themselves set up on a starter plan. In Ireland, a sole trader could be your single point of contact and get you set up to play on mobile and inside social networks. Our third level curriculum has trained several of these sole traders.

By 2010, Facebook had arrived in Ireland with metrics the C-suite could appreciate. Fortunately, there were Irish social media experts on scene and ready to help. Ring around to chat with the best of them and you'd discover an afternoon's consultancy might cost you more than an annual membership in a fitness club. Add in the campaign costs for proper multi-channel advertising and you're back at the 10,000 euro sweet spot along with many of your competitors. If you want to present yourself with a cheap and cheerful app (iOS, Android, Symbian, Windows Phone), set aside another 5000 euro to get yourself in that market.

While a lot of Ireland feels the chill winds of austerity, the rate cards along the top tier of Irish web, mobile development, social media, and search engine optimisation suggest there's a happy hunting ground that continues from the late 90s. When you pay for advice in this space, you may discover many of the experts speak knowledgeably about three major tent poles: mobile web, social presence, online placement. The experts have excellent track records erecting each of these tent poles for satisfied clients. Not surprisingly, most of the experts want to pull new clients down an established track and not try anything that isn't set for an easy win. That means promoting a Facebook presence over a Google Plus presence. It could also mean reducing an advertising spend on Google and diverting the spend to Facebook.

If you are on the receiving end of a pitch from a social media or web dev expert, you'll see statistics that explain the reach, influence, amplification and results you can achieve with a strategy involving an online presence embracing Facebook, Twitter and mobile web. Some of the briefing documents will denigrate old networks (AOL, MySpace, even blogging) and will downplay or omit the impact Google Plus has as part of your online strategy.

I'd be careful about this all-in Facebook strategy because of the danger of targeting a demographic inside a closed ecosystem. As ubiquitous as Facebook appears to be, its elegance relies on  service through the Facebook system. I understand how that service works and pay O2 Ireland for the data to use it myself. I also run a few web properties and I respect the positive effect Facebook has on web traffic. But I also see parallel traffic streams arriving from Twitter, Google Plus, blog posts, Flickr and Pinterest. As a result of seeing people land on pages that convert, I know there's an active flow inbound from Google Plus. Yet, if I believed the slide decks that pitch newbies to enter this space, I'd avoid the hazard of spreading myself thin and I'd focus my energy on Facebook. That could result in good metrics for several campaigns but I honestly don't believe it is a sustainable strategy over a 10-year period.

I draw my conclusions from the incomplete statistics that some leading analysts (i.e., the Wall Street Journal, Mashable and some leading lights in my Irish newsfeeds) offer about "the average person on Google Plus only spent 3 minutes a month on the site as opposed to an average of six to seven hours for Facebook users". These data do not track with real stats I see across three web properties that I maintain. And while I accept the fact that my own experience is merely anecdotal, I also know that recent Comscore statistics behind the "ghost town" of Google Plus are at best misinterpreted or  at worst, deliberately twisted to support a foregone conclusion.

I didn't write this post to start an argument. I wrote it primarily to make three points.

First, people pitching you to engage in a media service that spans mobile and social will present the facts that best fit their recommendations. You may not notice the footnotes in the research you see on screen and you might not be aware of other alternatives to what's pitched.

Second, most of the consumer behaviour data that purports to represent the way we behave online does not accurately measure user engagement via mobile access, third-party apps and/or distributed content. The numbers in the pie charts normally arise from desktop or laptop sessions, not from a total aggregate of how people see the web today.

And that third point is a real danger. Because if you believe our connected society moves quickly from one shiny object to another, you must think that there's something beyond the big elephant of Facebook.

Cultivating a viable presence takes time. If you want one that gives you a digital footprint that spans several touchpoints people use to see virtual shopfronts, you need to consisently engage online in a conversational manner that influences people. You might pay someone who writes your copy or who stokes interest in your brand by tweeting links to your pages. Those strategic partners might be part of an agency you commission or they might be part of an industry group that you endorse by paid subscription.

So, what's the takeaway of this meandering post? If your success in your business depends largely on success with Facebook, make sure you've a second line of attack. Because surely you know that rarely does one size fit all.

Grace O'Malley -- "What The Wall Street Journal Didn’t Tell You About Google Plus" on Media Tapper, February 29, 2012.

If Your Business Needs Facebook You May Subordinate Google Plus

I LIVE ONLINE so I see a lot of cross-talk about watering holes people use in their virtual lives. I also know there's not enough time to hang out at every online oasis.

Every week, I read and hear pundits as they reduce our real world into their anecdotal segments. That's happening a lot when it comes to figuring out whether Google Plus has a place around the social networking table. I've given this some thought and started writing a short blog post about it. Read on if you want to see the money. I point out three things you really should consider. But if you're pressed for time, click my image at left and connect to me on Google Plus.