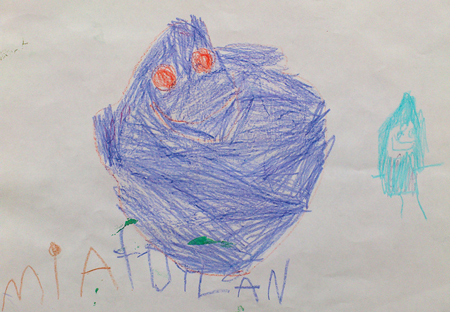 I WORK WITH CREATIVE kids who produce artwork worthy of exhibition every year. From the sounds of it, we'll add an international dimension to #kidsart in 2013.

I mentioned on Audioboo what I was doing with a local primary school. That short solo conversation has morphed into an international one, with Jane Boyd in Canada and Paul O'Mahony in Ireland. As in the case of all user-generated content, the participants will determine what unfolds. So I've added some more thoughts in the audio clip below.

Seven Questions from my Weekly Newsround 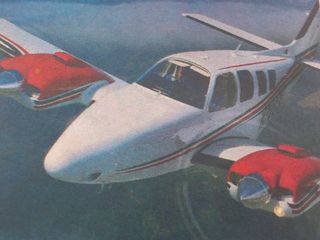 Bernie Goldbach in Drogheda | My Fav Twin in photo.

THE PAGES OF THE FINANCIAL TIMES always reward me with deep thoughts and today I'm thinking about seven questions in today's FT Weekend. I talk about them in the audio clip below.

The photo in my blog post is one of the questions: Don't pilots want their own wings? The question arises on a full page FT Feature "All I Want for Christmas." Lovely things there from Lucza, Drake's of London, Harrods and Quooker. If my family accepted pink pages for reading, I'd tear out the page with the twin Beech and photocopy it for them. Maybe I'll start with trying to get my family to read my Twitterstream or my blog posts. Either strategy will be difficult to achieve. 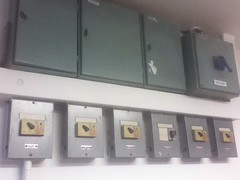 Bernie Goldbach in Cashel | Power cluster in the photo.

BACK IN THE 80s I had a job that put a premium on the thickness of doors, the shielding on power cables and the pressure rating of pipes. Consequently, I "read" power clusters like the one in the photo.

We had a fat manual that catalogued all known utility and communications infrastructure for Soviet and East German missile installations. I was part of an inspection team that monitored the tear down and removal of intermediate range nuclear forces (INF) from Russia, Germany, Sicily, and England. In some cases, total removal meant decommissioning communications, air pressure, and power lines that were shielded in hardened facilities.

At a glance during a short-notice inspection, we needed to be able to read the kinds of services that would work in a place that used to be part of an INF installation. Most of those buildings are no longer on active military installations today. Some of them would make interesting movie sets for the Bourne Identity franchise.

Respect for Creatives When The Money Is Gone 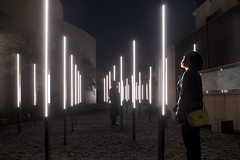 Bernie Goldbach in Clonmel (Ireland) | Photo from Yamaguchi Center for the Arts and Media (Japan).

ANOTHER SUFFOCATING SERIES of budget cuts approaches Ireland and with it comes funding pressures that will threaten creatives around the country. I've downshifted as far as I can go.

The threat to the creative process arises because the blanket of austerity normally constrains the freedom that grew over the years around design processes and communications structures that like-minded creatives have optimised during the past 10 years.

And so there now exists tension between last generation top-down management structures that emphasize compliance and maker space workflows optimised for producing new high-quality output. My challenge is to somehow cultivate mutual respect between both camps. And that is difficult in an era of cuts. 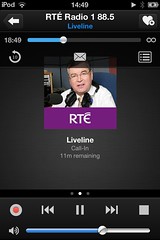 Bernie Goldbach in Cashel | Screenshot from my iTouch.

THE LIVELINE AUDIENCE lit up the Irish airways on 15 November with respectful discussion about the death of Savita Halappanavar in a Galway maternity ward. She had asked for a termination instead of a miscarriage of her 17 week old child. Both died after the miscarriage.

Like Emer O'Toole, I believe some of the blame in Savita's death lies with all of us who keep quiet about abortion rights.

Savita arrived at the hospital fully dilated with back pain. She was leaking amniotic fluid. Doctors determined she was miscarrying. A day of agony later, knowing her pregnancy couldn't survive, she asked for a termination, but was refused. "This is a Catholic country," she was allegedly told.

Emer O'Toole writes in the Guardian, "As long as the foetal heart kept beating doctors would not grant her wish. It beat for three days. Halappanavar vomited, shook and collapsed. On the third day the weak sound faded to nothing and doctors removed the dead foetus. A week after she was first admitted to hospital, Halappanavar died of septicaemia.

ON SEVERAL OCCASIONS, I've listened to teachers in Ireland wonder if they might enhance their professional skills by immersing in conversations among their peers online. I'm one of several college lecturers who think that's desireable.

I recorded an educast (Educasting 08 below) with Fred Boss from the PDST (Professional Development Service for Teachers) in which we discuss some of the issues related to awarding Continuous Professional Development (CPD) credit for specific activities accomplished online. As we know, this question resonates around Ireland, especially among newly qualified teachers. Behind the scenes, I'm exploring CPD collaboratively, within frameworks administered by the Institutes of Techology in Ireland. I know we already teach third level modules where cyberculture, social media, and virtual classrooms feature strongly. Perhaps we can link together academic modules in a way that results in candidates earning a Special Purpose Award at Level 8 or a Masters Degree at Level 9.

If you're interested in this initiative, please leave your comment on my blog or on the Educasting Channel on Audioboo. 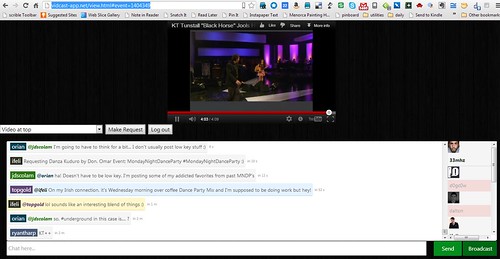 I REALLY LIKE  the energy and civility of App.net, a growing community of real people, applications and design. This week, I'm liking ADN's Monday Night Dance Party vidcast. 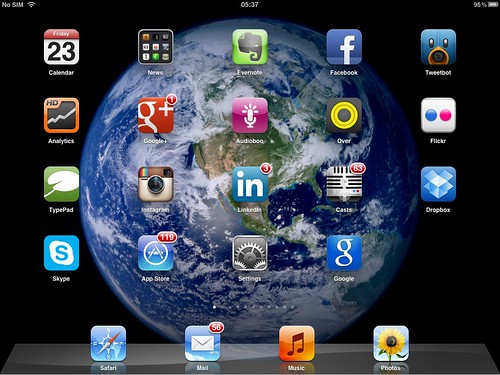 I TEACH SOCIAL MEDIA for business and part of the module involves a time-motion analysis of how to manage media flow for best effect. Inevitably, discussion ensues about the apps on your home screens.

I've snapped a shot of from the first screen of my iPad, as much for student discussion as for peer review. I'll explain what's on the first screen and that might offer a clue about how I try to balance content creation and product shipping. 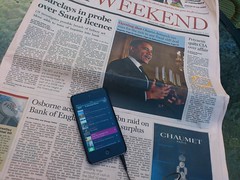 THERE'S EVERYTHING FROM post-US2012 coverage to exceptional watches in the FT Weekend edition, a business publication I prefer in print form over its electronic edition. In my video, I zoom on on some advertisements for things I'll never be able to buy.

For my 16 American first cousins, 10 without passports, European coverage of Obama's victory provides an illuminating view of the way society's fundamental values have evolved in the Old World. Specifically, Obama has a view about government providing a safety net for hard-working people whose pension funds might be depleted or whose medical coverage may be non-existent. Patching up the social net to provide for taxpayers in times of need is not cheap. As political crossfire on Capitol Hill shows, the Obama safety net grates against many Republican values--including the opinions around the dinner table back home in the States. I'm very interested in how the story will unfold in the weeks ahead and I hope Americans can avoid falling over the fiscal cliff that threatens the economic stability of the world.

Squeaky Bums on a Hot Day 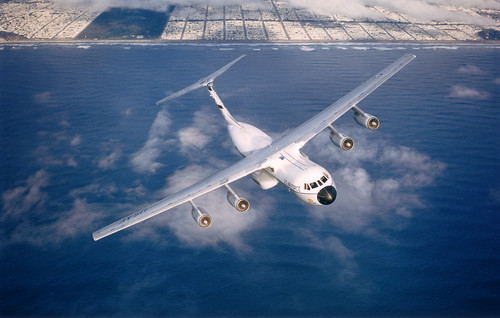 Bernie Goldbach, formerly in San Francisco. I was in the jump seat of the aircraft in the shot.

I HAVE 10 years of daily blogging in the archives and more than 10 years of flying as well. It's time to try to bring the two together in some form of online journal.

During some of my C-141 flying hours, we would cross flight paths with IL-76 crews. Like Starlifter crews, they were heavy lifters. The video below the break demonstrates an example of that.