Inside View: Growing Up Multitouch 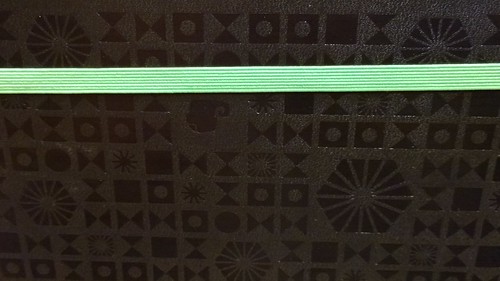 Photo of Evernote Notebook by @topgold.

WE HAVE TWO young children growing up in a media-saturated society. Because they are growing up multi-touch, I think they will be better, active citizens.

I learn a lot by watching 6yo Mia maneuver seamlessly between her real and virtual worlds. She knows her audio clips, her Flickr photos, and her YouTube shorts form part of an interactive world powered by the internet.

Much of Mia's world emerges from pen and pencil work in Moleskines. She knows her joined-up lettering is well-suited for OCR search functions on the Evernote server. These private collections show Mia the ultimate functionality in search. By carefully annotating sketches with Post-it notes and then using a Lumia 1020 as an Evernote scanner, everything can be digitally archived for the next century and beyond.

I'm trying to use 6yo vocabulary to explain what "persistent" means to our multi-touch youngster. From my own work, I know the greatest persistence comes from personal stuff like my own blog. I hope to carve out time this summer to import several years of my lat 90s online journaling into InsideView.ie. Back then, I taught novice multimedia developers skills in web writing, web publishing, Photoshop, audio editing, video production and showreel production. Fifteen years later, I have much of the same workload with third level students. The difference is in the sophistication of final work.

Young Mia will soon start creating multimedia objects in the same work flows of her mom 20 years earlier. I think I will dust off some of the practicals Ruth used in 1997 to see what Mia does with them in 2017. We won't be surprised if our multi-touch daughter reimagines much of the work by using touchscreens she has learned to use while growing up in a networked world.

Posted at 11:07 AM in Best Practise | Permalink

Photo of Evernote Notebook by @topgold.

WE HAVE TWO young children growing up in a media-saturated society. Because they are growing up multi-touch, I think they will be better, active citizens.