I KNEW SNAPCHAT was deeply engrained in youth culture when several members of our Youth Media Team showed me their six digit Snap scores. Their self-reported activity levels were above two hours a day.

This summer, I'm watching young people under the age of 10 create Snap stories of their summertime activities. And if I'm to be of any assistance, I need to know how Snapchat's magic filters work. My initial research took me into Ukrainian labs studying facial recognition. The details are in the five minute Vox video embedded to my blog post.

+++ Bernie Goldbach teaches creative media for business while working with the team at YMT.fm. You can also find him on Snapchat.

I LEARN A LOT by stumbling and I have to say that's what I took away from an afternoon session I had with 40 other educators during the 2016 e-learning summer school in Dublin. I tried to do too much and that's my fault.

I thought I might be able to compress something into an hour--a task that normally takes 110 minutes with my third level students in a lab setting. We had a BYOD environment at #ELSS16 and it just didn't work out. The lecturers in the audience needed a better introduction to Sway. They also needed keyboards to edit the Sway I had created. Things did not go smoothly. As a result, I now have a simple Sway for my blog that I'm embedding below as a work in progress. 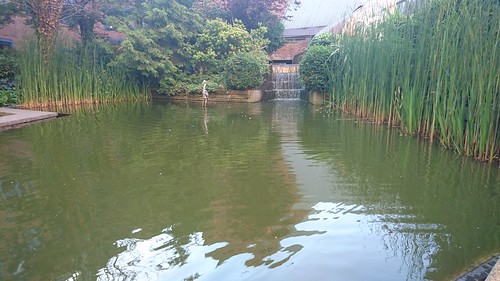 WHILE UK VOTERS were casting their ballots to leave the EU, I was listening to a gurgling pond (snapped by my Xperia phone in the photo) and conversations of lecturers on topics arising at the 2016 e-learning summer school on the Bolton Street campus of the Dublin Institute of Technology. Several of those conversations deserve deep dives into the various practices shared by third level lecturers across Ireland.

THE NIGHT BEFORE APRIL'S ICT in Education Conference, I watched our young son engage with a miniature BB-8 built by Sphero. I think we need a little BB-8 in our home, along with the Sphero Sprk+, a 117 euro programmable robotic ball. [1]

Sphero wants to teach children the joys of coding. The Sprk+ has a gyroscope, accelerometer and LED lights that can be programmed to come on in any order. It will pair to my Android phone or to my wife's iPhone using a Bluetooth connection that has a range of 30 meters.

The Sphero community--full of people who show off their handiwork--leads interested people in teaching owners the basics of programming and lets them code a series of commands. [2]

The Sprk+ is shockproof and waterproof with a battery that lasts for 69 minutes. I can charge the battery wirelessly from its hub.

AS I WATCH MEN clearing part of a forest around our rented bungalow, knowing the land will be converted to a non-forest use, I realise I have 34 work days to prune more than a terabyte of items stored on my OneDrive at work. The annual process is part of responsible digital archiving. [1] 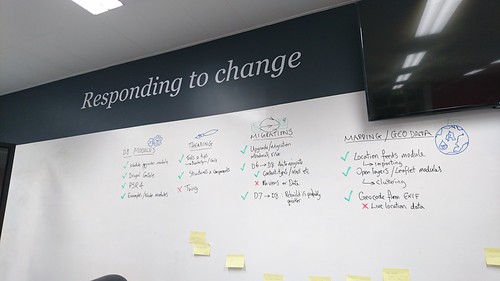 ANECDOTALLY, I know people who learn visually--that's why I try to produce overhead learning material with strong visual elements. Scientifically, neuroscience tells me people learn by sketching. Watching both happen together proves the imperative of Idea Paint, a compound that transforms nearly any smooth surface into an erasable white board similar to what I used at a Drupal Camp in Limerick.

The One Question My Father Often Asked 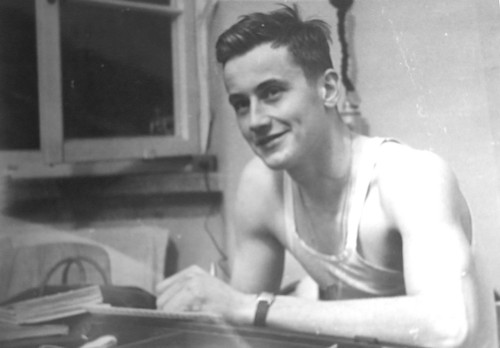 IT'S HALLMARK TIME again because Father's Day is here and as I watch our lovely 8yo create a unique Father's Day card, I can hear a question my dad often asked his five sons. "What are you going to do with that?"

Dad (pictured at age 22 a few months before he met my mom for the first time) rarely challenged what his offspring did. But he did want to encourage us to consider our actions. He was more observer than judge and I will never forget his style. I'm trying to emulate his considerate approach in my own life now, stepping back from an often critical perspective that I apply to everyday interactions.

Continue reading "The One Question My Father Often Asked" » 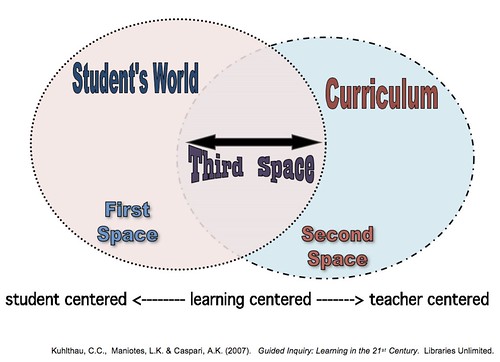 I HAVE EMBARKED ON a series of deep engagements while thinking about the evolution of three distinct BSc degrees involving creative students. The collegial engagement incorporates a wide swath of research in Third Space (Cronin, 2014) [1], both from the perspective of students and lecturers. 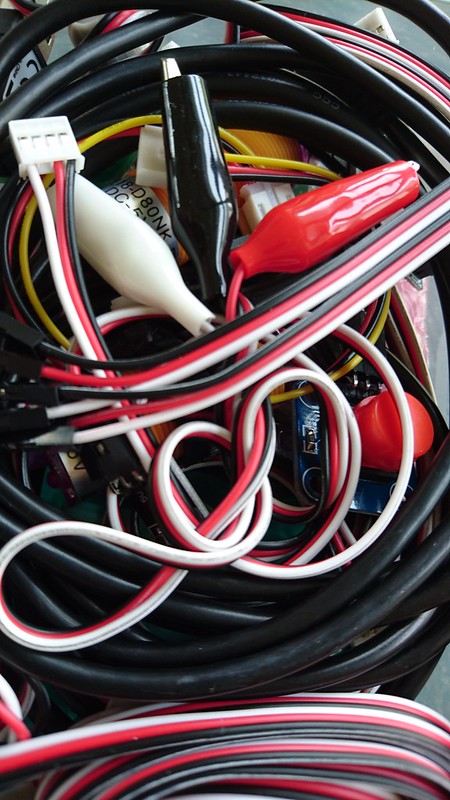 The Internet of Things is real and I've a collection of special spaghetti cables that can connect, measure and transmit. A lot of companies are doing to same thing when connecting devices to reduce costs, to transform, to innovate and drive costs down.