The 15 June 2016 Fortune Magazine offers six unorthodox methods some companies have tried to boost employee output. I've written some of these ideas down in my journal (below). 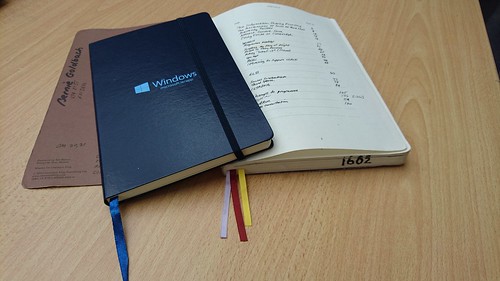 I have several biographies about Benjamin Franklin that describe his "air baths" which involved reading and writing while naked for an hour. I wonder how that might work in the Man Shed. [1]

Kachina Alternative Health and Beauty Centre in Castlebar has a salt water pod that works. Those who soak in the warm water and 1,000 pounds of Epsom salts report feeling more clear, focused and relaxed afterward.

You could hand your most dreaded tasks off to a colleague and vice versa. The idea works for the 90 employees of TheMuse.com and originated during TTS Meetings (Things That Suck).

You can do headstands or put your feet up on the wall. Composer Igor Stravinsky would stand on his head when he felt blocked.

I hear Dave Delaney and Mitch Joel talking about how employees with a good sense of humour also show higher levels of productivity, communicate more effectively and are more connected to their workplace.

To all these tactics I would add one other evidence-based technique:

There is scientific support for the benefits of forbearing food. New animal and human studies show cognitive and health benefits from intermittent fasting, writes Jennifer Alsever in Fortune Magazine. [2] Scientifically, we know ketone energy can improve brain metabolism. I've started paging through Mark Mattson's work at the National Institute on Aging in Balintore. His studies appear to suggest fasting can improve cognition, something everybody close to retirement age should consider highly relevant. [3]

+++ Bernie Goldbach is a forgetful elder blogger within 1250 days of teaching his final third level class.

The 15 June 2016 Fortune Magazine offers six unorthodox methods some companies have tried to boost employee output. I've written some of these ideas down in my journal (below).