YOU COULD WALK the streets of any Irish city and see someone resembling Judge Ann Donnelly (below) [1] and if you're active in Irish social media, you would meet at least one Ann Donnelly online. [2] However, Ann Donnelly of the Eastern District of New York is the real deal when you consider people with impact. She put a stay on one of Donald Trump's Executive Orders concerning a ban on Muslims entering the States. [3] 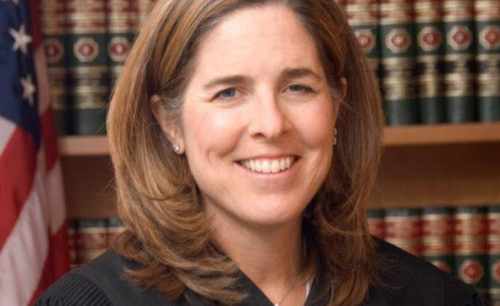 This judgment should cause some turbulence in the Oval Office, hopefully informing the new occupants of the limitations of executive orders. It's not as simple as telling the doormen of Trump Towers about a new entry policy.

When Trump first mooted his Muslim Ban on the campaign trail, I wondered if he had ever consulted with the Department of Homeland Security. Based on the fiasco that unfolded across all major international airports in the States in the hours following his Muslim Ban, it's obvious he didn't ask for expert opinion from those responsible for keeping US borders in check.

Within a few hours of Trump affixing his signature on his "extreme vetting" Executive Order, some Green Card holders were handcuffed in the arrivals area of American airports and asked about their views on Trump and for details about their social media accounts. A 12 year old Yemeni daughter of an American citizen could not fly with her parents back to their home in the States. The wife and new-born daughter of Yale Professor Kalbasi cannot travel to see him in Massachusetts.

Blowback against Trump's anti-Muslim stance might surprise some insiders close to the President. Large crowds protested with their luggage inside several international airports with some reporters suggesting the total footfall exceeded the number of people who attended the recent inauguration [4] And New York Attorney General Eric Schneiderman pledged he "will do everything in my power to help those victimized by President Trump's discriminatory and dangerous executive action".

As I explained on Anchor.fm, Lenin wanted to bring everything crashing down in order to destroy the status quo. Trump's sweeping chaotic approach to government does not follow a typical opposition playbook. It's well past the time to dust off the history books and examine key figures like Lenin and Hitler because many of the tactics emerging under the cover of the White House look ominous to me. 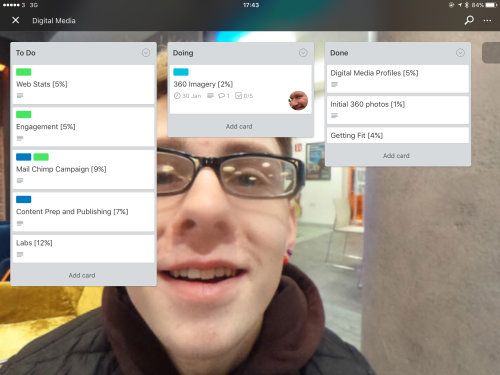 Screenshot of Robert Lewis inside Trello.

I HAVE THREE different identities on Trello and one big incentive to reactivate my Trello Gold acccount--my best student knows dozens of others would appreciate seeing their activities tracked inside Trello's friendly and colourful interface. 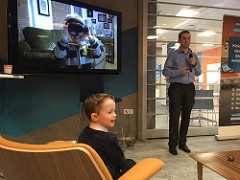 Dylan (5) listens to John Savage explain the Hololens in The Workbench.

I WATCHED our two primary school children explore a realm of mixed reality in The Workbench of Limerick during a three hour hands-on event sponsored by Bank of Ireland, Action Point Technology and 3D Camp. Although the under-10s have walked around with VR headsets before, they've never enjoyed HoloLens with free pizza. It's an indelible memory. 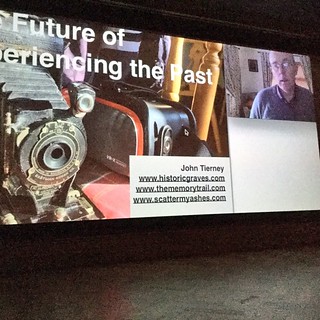 I'm experimenting with Bear, an iOS app that Greg Dickson (a Canadian thought leader) has shared with me. I immediately jumped to the Pro level of the app when I discovered how clever its native hash tagging delivered clever efficiency to my workflow.

The first finding: images sent from Bear via email to Typepad don't appear in mobile browsers as responsive images--although they appear that way inside InoReader, my RSS reader of choice. I believe Typepad's servers won't create different sizes of the images so I need to add an additon step to my workflow if I intend to accommodate responsive images in my posts.

I used my iPDad Mini to shoot the original image for this blog post. I could get the embed code from Flickr for the image, but only after visiting Flickr through a browser on my laptop or via my mobile handset. The embed from Flickr provides responsive imagery for the blog posts.

I'm returning to this post with other findings as the spring semester of 2017 unfolds on the three campus locations where I teach in Ireland.

Graveside thinking about writing in the future tense #journaling 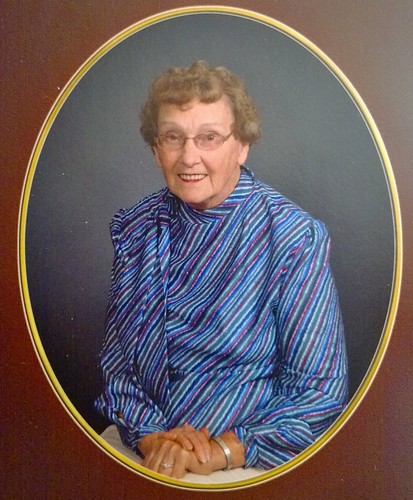 Photo of Evelyn Goldbach nine years before her death.

EVERY JANUARY, my thoughts turn to my mother's death and I recall things that might have remained buried in memories. This year, I realised mom often said things that fit in the future tense.

Hololens in The Workbench

The most important piece of technology I will share with my kids is Microsoft Hololens. They will use Hololens during an open demonstration from 6-9 PM on Wednesday, January 11, 2017 in the BOI Workbench, 125 O'Connell Street, Limerick.

I think if you asked my kids, they would tell you the most important creative skill they have learned is how to snap selfies (see click on the photo to see 360 proof below). 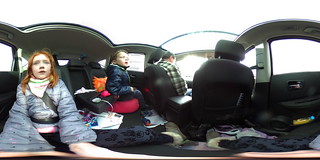 But I've also seen them with VR headsets and watched them regale in those worlds too so I know they will be fascinated in a room of Hololens advocates. It's a realm I'm exploring with a group of creative multimedia students and software developers during the Spring Semester 2016 in LIT.ie.