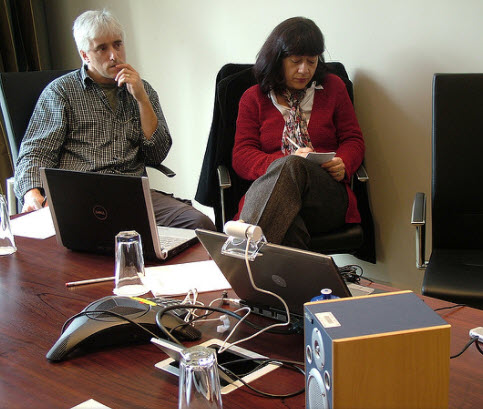 LIKE MANY who are cajoled to publish and share, I've conducted part of my professional life using assets from the internet's pirate queen, Alexandra Elbakyan. [1] That's because I can't afford to access the vast libraries of academic research behind extortionate paywalls.

For most of my professional life, I've seen the value of sharing and sharing alike. [2] Such was the philosophy of open discussion that flowed from Ireland's Open Mailing list in the late 90s. This like-minded collective in Ireland recognised the essence of the open access movement. By early 2002, the Budapest Open Access Intitiative (BOAI) articulated a broad statement of principles relating to open access to research literature. [3] The concept arise from the 2001 Open Society Institute conference in Budapest.

For me, the issue exploded in 2012 during the meltdown of the Irish economy. During those austere days for Ireland, the Harvard Library staff announced it was also cutting back on things, writing it could "no longer afford the vast cost of academic journal subscriptions, and (it) advised staff at the university to support open access publishing instead". [4] [5] That same year, on the occasion of the tenth anniversary of the Open Access Initiative, the over-arching goal was for OA to "become the default method for distributing peer-reviewed research in every field and country". [6]

A year on from that OA reaffirmation, Paul Gantz and others encouraged "librarians and publishers (working) together to adopt a more reasoned and transparent approach to evaluating institutional investment in serials collections" because the cost of buying access to major collections had radically escalated.

Six years later, the cost factors have continued to rocket skywards. [7] Inside my own curriculum, I give safe haven to a cross-section of assets [8] I have curated for students who work with library collections much smaller than the one I used for undergraduate work. From what I can see, research graduates will be hard pressed to access the manuscripts, historical documents, and folios I fondly recall from the hours of deep reading I did in archives and special collections. And while booting up my computer every day, I toggle into two bookmarks, one for #ICanHazPDF and another for Open Education Resources #OER. For the former, I thank Andrea Kuszewski. For the latter, thank you, Catherine Cronin. 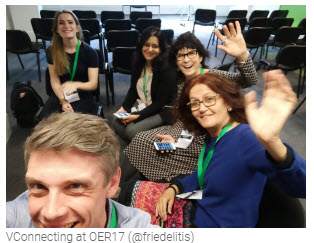 [Bernie Goldbach teaches creative media for business in the Limerick Institute of Technology. The first picture was snapped during a Limerick Open Coffee session with Brendan Lally and Gabriela Avram.] 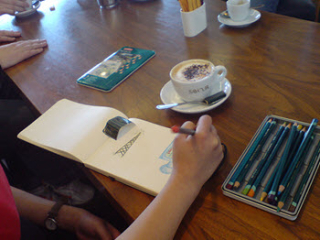 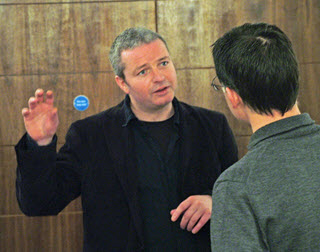 Posted at 09:21 AM in Best Practise | Permalink

LIKE MANY who are cajoled to publish and share, I've conducted part of my professional life using assets from the internet's pirate queen, Alexandra Elbakyan. [1] That's because I can't afford to access the vast libraries of academic research behind extortionate paywalls.