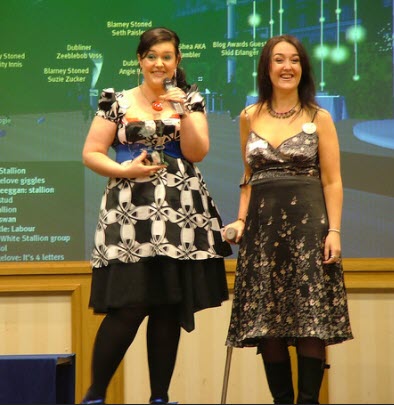 In 2008, I used Google Reader and Netnewswire to read clever things people shared on their blogs. Then Twitter and Facebook started appearing on newly upgraded 3G handsets and blogging conversations shifted to newsfeed rants and tweets. You could reach hundreds more people if you focused on short form snippets instead of cobbling together long blog posts.

Within a few years, Google seemed to know the direction the world was taking and it closed its very efficient Google Reader service. I still have the OPML file from my Google Reader and I'm using it with Slow Feeds, an iOS app designed to surface the feeds of infrequently updated blogs.

Stefan Pauwels of Zozi Apps created Slow Feeds because he wanted to avoid worrying about post frequency when subscribing to a new feed and he didn't want to manually manage feeds with folders and tags. I used a direct hook into Google Reader to populate Slow Feeds. Now I can see my reading material broken down into three main sections: Slow Feeds, High Volume, and Starred. After several years of simple iteration, Slow Feeds is also changing. Slow Feeds will become Subscriber 5, something people who have never tried blogging might enjoy using. The app will become known as Web Sub and the Slow Feeds snail icon will look like a gray submarine icon.

Looking back at more than 10 years of webstats on my blog, I think it's remarkable to go from more than 300 daily page views in 2007 to fewer than 50 daily page views today. I know the cause of the drop--people want their content through apps they use and they want their information in bite-sized segments. I started going halfway towards meeting those audience expectations by pushing out short snippets on Twitter and I occasionally update a Facebook page about my blog but over the years, I've learned that I get more traction by attaching my content directly to myself. If I update my personal Facebook account with a link to my blog, I attract more readers than putting a post summary on a dedicated Facebook page. And I haven't enjoyed anything other than paying Facebook for promoting my content--if indeed there is a wholesome feeling from paying Facebook for a self-promotion.

Blogging has changed over 10 years

I enjoy making short audio snippets of content now, taking a leaf from Brian Greene's playbook (below). I'm paying Spreaker and Audioboom for these services and dabbling with free audio apps from Anchor, Limor, and Vaudle where I have the user name topgold. 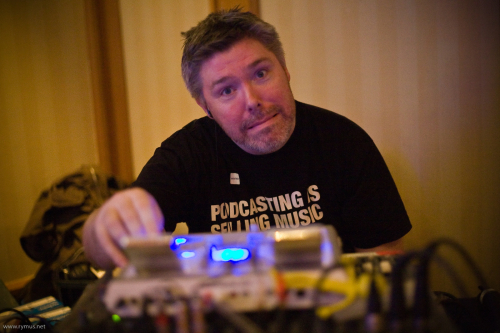 Brian Greene was one of the first podcasters in Ireland. He's an Old Skool Web Architect which means he can pipe an internet site with the code needed to push the site's content to the eyes and ears of thousands. Brian also encouraged me to follow his lead and to start talking about what I write. So I set up a few audio collections online and over the years, dozens of the clips I've created have been heard more than 1000 times each. That's remarkable because fewer than 30 of my blog posts have been read 1000 times each.

I'm well aware that I've used more than a half hour to write these thoughts and I know I have to make that time count for something more than self-reflection. In my best workflow, I pull my thoughts into the creative media design curriculum we run in the Limerick Institute of Technology. Those students are exploring emerging trends in communication. We create 360 video clips, view those clips through VR goggles, and we focus on narrative elements of storytelling from the very beginning.  I have learned a lot about writing by channeling my energy into blogging since starting in 1997. I hope I can continue farming on my little digital homestead long after I stop sharing stories with students in Ireland.

[Bernie Goldbach teaches essentials of RSS as part of the creative media for business programme in the Limerick Institute of Technology. He blogs weekly at InsideView.ie and creates short audio content with Spreaker, Anchor, and Audioboom. Rymus snapped Brian Greene at the Irish Blog Awards. The photo of the ladies from Beaut.ie is Bernie Goldbach's shot.]

Posted at 07:10 AM in Best Practise, Culture, Irishblogs | Permalink