Inside View: Family Day Out At Foynes Air Show 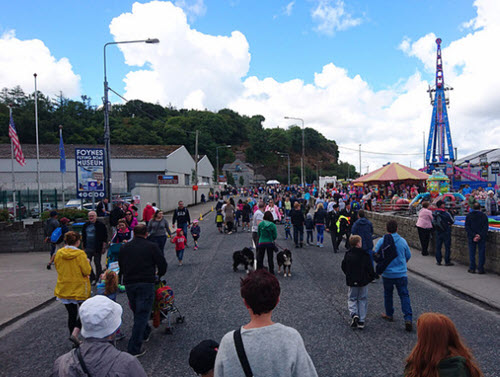 WE ENJOYED THE Foynes Air Show along with 13,000 other people, especially the raw sound of propeller-powered acrobatic aircraft. But I missed the feel of prop wash and the smell of aviation fuel.

Listen to "Foynes Airshow" on Spreaker.

Good air shows combine a feel of an air circus with a good buzz on the ground. The Foynes crowd was courteous and the day-long event was exceptionally well-managed. Our kids didn't expect the bendy bus from Dublin Airport that transported visitors from an off-site parking area so having that experience added to the excitement.

The highlight for me was the ostentatious acrobatics of Rich Goodwin, an ex-RAF Tornado pilot at the controls of G-EWIZ, a uniquely modified Pitts Special S2S with a six cylinder 8.5 litre Lycoming 540 engine. His very dynamic routine includes high alpha hovering that I had not seen since my days in Bill Sellers' Pitts Special over Woodring Airport in Enid, Oklahoma. 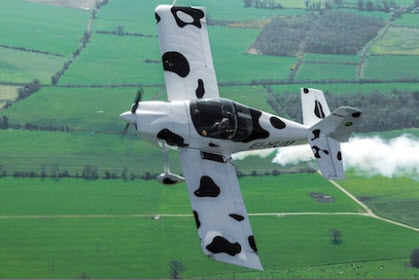 Our seven year old son enjoyed seeing Gerry Humphreys fly his home-built Vans RV-7 Flying Cow. The RV-7 is a home-built two-seat sport aeroplane powered by a five litre 150 horsepower engine. It's a small fast plane with a Friesian Cow paint scheme and it is fitted with strobe lights and a smoke system. 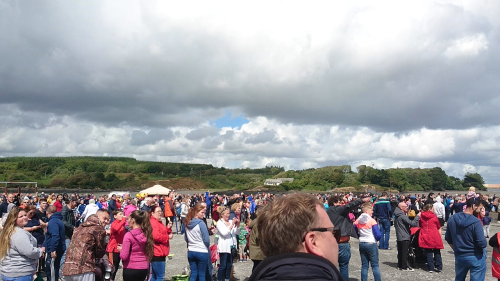 Instructor pilots from the Irish Air Corps did themselves well with a four ship formation flight. I caught a few seconds of their routine in short video clips. Several of their overhead formations brought back memories of me leading four ship T-38 formations over Oklahoma and into Navy airfields in Florida and California. 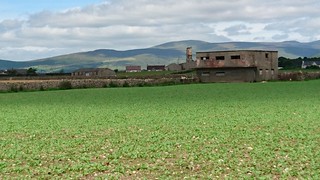 I enjoy going to airshows because I've often flown several of the aircraft that participate in these spectacles. When the DC-3 flew over Foynes, I remembered landing one in Charleston, South Carolina. It was a lot easier to manage on a visual descent than night arrivals in fog at the same airfield. The Foynes mock dogfight of the ME-109 and the Supermarine Spitfire brought me back to grass airfields in England where I walked among old remnants of WWII airfields, such as the one in the photo from Greencastle (above). The Catalina PBY flying boat has a storied legacy as well, with stories embedded in my memory from drinking sessions with fathers and uncles at the Air Force Academy. 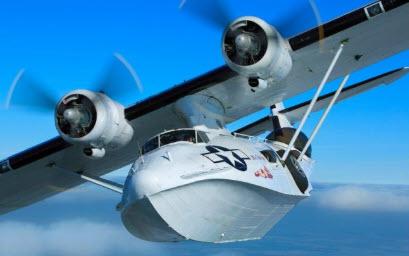 I hope someone from my extended family considers working in the field of aviation because I consider the 3000 flying hours I earned as being a fine example of hands-on skills complemented by an working knowledge of aviation, meteorology, and cockpit resource management. I miss my flight suit and all the adventures zipped into its pockets. 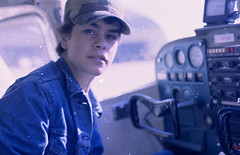 I also miss working with young people who learned about the flight line while participating in the Air Explorers programme. I often consider reconnecting to the Scouting movement for the sole purpose of activating an Air Explorer post. Perhaps I'll meet someone with a similar interest at another aviation event in Ireland.

[Bernie Goldbach is a certified instructor pilot for singe engine and multi-engine aircraft, a glider pilot, and air refueling instructor pilot who has an online photo album about his flying career. ]

WE ENJOYED THE Foynes Air Show along with 13,000 other people, especially the raw sound of propeller-powered acrobatic aircraft. But I missed the feel of prop wash and the smell of aviation fuel.

Listen to "Foynes Airshow" on Spreaker.