« Continue to be impressed by @otter_ai | Main | Meanwhile in Portland » 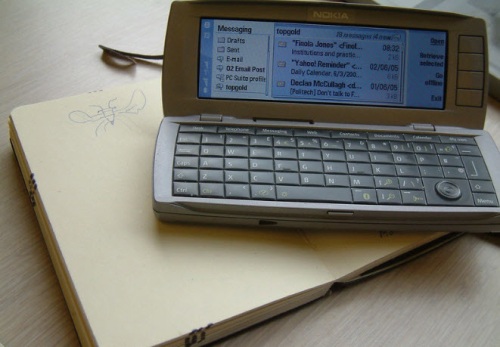 I'M TRYING TO IMPROVE my productivity by automating a series of important reminders, some stemming from a daily task list and others related to a lifelong goal of finishing critical tasks on time. As the above image shows, I've been checklisting from before touchscreens. It often helps me to talk to myself about my progress, as I did during Topgold Audio Clip 531.

Listen to "Echo Show and Bixby Checklists E531" on Spreaker.

I've discovered that I get some of my most lucid thoughts while away from distractions and that's certainly true when I walk and talk with my dog in the mornings. I put my phone in my pocket and clipped the Sennheiser Memory Mic on my collar and just started thinking out loud about checklists, on-screen reminders, spoken challenge-response lists with Alexa, and routines. 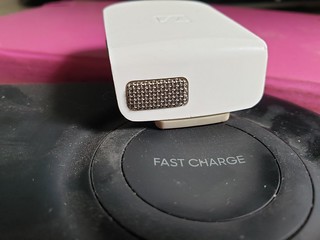 One of the remarkable things about this short little morning routine is that I can create a casual recording while in open space and that that recording uploads to Otter where it's converted to text for my blog and it also uploads to Spreaker where people can hear what I'm saying.

It's a big deal having a speech-to-text option that's better than 90% accurate when created on a wireless mic that is smaller than a cigarette lighter.

Checklists are important for me because they help me sleep better. When I look over what I've done during the day--and consider what might be there the next day--a simple thing like looking at the Amazon Echo show will tell me what's ahead. I set up our home's Amazon Echo Show's eight inch screen to see the next day's calendar. 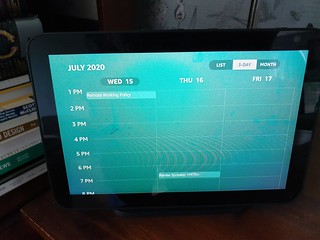 My son Dylan (he's nine) has put things on his calendar by telling his Echo Show what he's going to do for the next day. He sets reminders, but he also sees our shared family calendars appearing on that Echo Show. It's a bit of a checklist to see what's up the next hour, or the next day, or the next week. I think these kinds of events-based activities are really important. For a nine year old, it's the birthday or it's the trip away, or it's the start of the new school year. It's a calendar of events based on a rubric of a checklist asking relevant questions. What are you going to be doing? On what day? With who? Where?

There are ways of integrating an Alexa Skill onto the Amazon Echo Show. I've gained tips from Brett Bell about Amazon Alexa Skills. I'm looking at a skill that offers young Dylan a chance to run a checklist simply by asking his Echo Show to "run the nighttime checklist" or to "run the Dylan Go To School Checklist". Dylan has already told me the stuff he wants to do and how he wants to do that stuff. And what we've used a little bit of computational thinking with the Alexa Library to carve out some simple skills based on existing design templates. So now when Dylan uses a voice command, he can activate a checklist. This little checklist has helped restore some order in a busy home that has two kids, two adults and three animals. Checklist by voice using the Amazon Alexa series. We also can activate a checklist using Bixby on my Samsung phone. So just by a voice command, I can tell a phone to prepare for "recording" and "driving" or "at home". And when I call out these words to Bixby, my Samsung Note activates or deactivates services.

Mike Rohde takes the concept of checklists and bullet lists, and makes them into sketch notes. He activates a series of thoughts by sketching them as Mind Maps, simple illustrations or bullet lists. Mike Rohde will tell you his sketchnoting isn't bullet listing--but to me, it's similar. It's a checklist based doodling system that helps you get your thoughts out of your head and onto paper in a playful way. I like it. 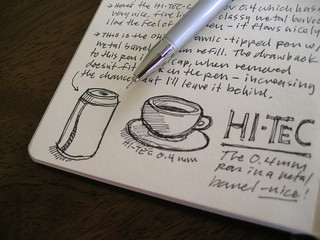 How about you? If you've heard me talking to you during my walkabouts I wonder if you can easily rewind your previous 10 to 12 hours and say, "Yeah, I follow checklists. I like list-based activities. They work for me." It's actually pretty simple. You can use a record card, an index card, a piece of paper, an on-screen tick-off list like Trello or Notion or Roam Research. Or you can use a voice challenge system like Dylan does on the Amazon Echo Show. Let me know because these little checklist efficiencies are interesting to me. And I'd like to share with you how you're doing it. 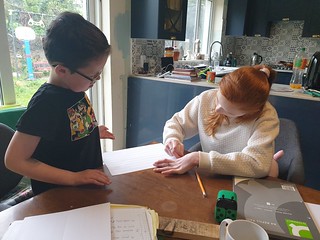 Do you have an idea to share about how you've automated your checklists? You can contact me with feedback--just look for @topgold on all good social networks.

[Bernie Goldbach teaches checklisting as part of a creative media for business programme on the Clonmel Digital Campus of the Limerick Institute of Technology. More than 80% of the words in this blog post were copied directly from the transcript rendered for free by Otter.ai.]

Posted at 10:56 AM in Best Practise, Podcasting | Permalink

I'M TRYING TO IMPROVE my productivity by automating a series of important reminders, some stemming from a daily task list and others related to a lifelong goal of finishing critical tasks on time. As the above image shows, I've been checklisting from before touchscreens. It often helps me to talk to myself about my progress, as I did during Topgold Audio Clip 531.

Listen to "Echo Show and Bixby Checklists E531" on Spreaker.