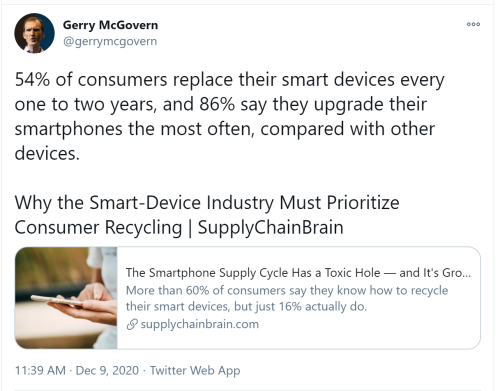 I READ Karlin Lillington's byline in The Irish Times and she has shared several relevant consumer items about the costs and hazards of technology. Her cautionary note about the prospects of encountering bill shock related to mobile phone usage hit home in late November 2020 for me.

My problem started with a terminally ill neighbour who installed a large complement of home assistance technology next door. Some of the items he needs connect via fixed line broadband. Our eir fibre cable runs through the same cable housing as the neighbour's. Around 20 November, our broadband stopped working and I pulled out a data modem from Three Ireland to power the connectivity my wife and I need to work remotely. My wife manages e-development for Tipperary County Council. I teach 85 students through Microsoft Teams every week day. Based on our known usage pattern, we burn through around nine gigabytes of data every day. However, the household data appetite doubles when our two kids dive into YouTube, Marco Polo, Netflix, and Amazon Prime. 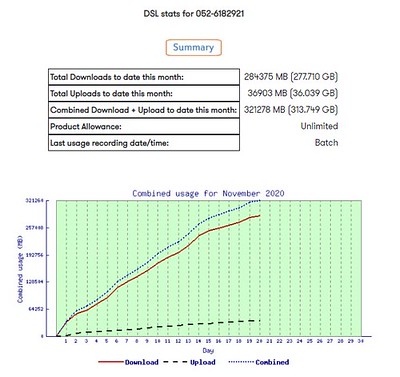 I asked eir to repair our line--it took six days. The technician had three other calls within 400 metres of our home to repair a similar fault. In our case, he had to create a completely new connection between our home and the local eir cabinet.

After four days using my Three MiFi, the data suddenly stopped working. One of the Three online tech chat sessions suggested my two year old data SIM might be corrupt so I visited the Clonmel Three Ireland shop and got a new one. While there, the shop assistant pointed out I was on a 30 GB monthly data contract and that I could sign up for a 750 GB monthly contract that actually cost less every month. So I did. The contract came with a very robust Huawei B535 modem that had external antennas and four ethernet ports. We could connect our television to the modem and all the apps on the Samsung TV would work as well as they did with eir fibre. 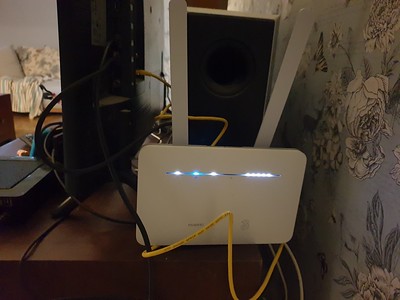 A few days after buying the new Huawei data modem, I received a bill from Three Ireland for €651.

Three Ireland is charging me one hundred and fifty euro a day for data connectivity we needed to continue to support local government services and third level education from home.

I asked for a show of good will from Three Ireland. Since the data came to my modem and I acknowledge using it, all the good will I can get is a three month payment plan.

Ever since my O2-Ireland contract rolled over to Three Ireland in 2015, I've upgraded my mobile phone every other Christmas. Because of this Christmas bill shock, I won't be upgrading for at least another year. I'm sure that would earn Gerry McGovern's approval since he urges people to consider whether they need to use anything other than an older phone with a pay as you go SIM.

I believe it's a bit disingenuous for Three Ireland to hold me to a 30 GB data plan with no wiggle room when the default standard for Three Ireland's data contracts is 750 GB (commonly called "unlimited" data).

I wonder if I have any other option except to walk away from Three Ireland as fast as possible. 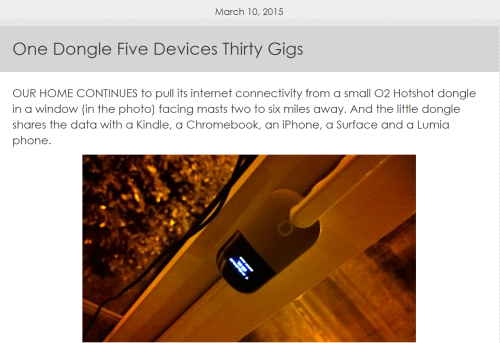 I've used mobile data connectivity to power my broadband needs for nearly 10 years. I use MiFi in my pocket when working at hot desks. I've used the MiFi dongle to power home connectivity before with no issues. Between 2005 and 2010, when living in Cashel, County Tipperary, I dangled a dongle outside a third floor window to get a signal stronger than we could squeeze out of our landline. Back then, I didn't worry about massive data charges because if I approached 30 GB of usage, I would get a warning message by SMS and then the data service would start to slow down. But in 2020, my experience has been painful and I feel robbed.

[Bernie Goldbach teaches creative media for business on the Clonmel Digital Campus for the Limerick Institute of Technology.]

I READ Karlin Lillington's byline in The Irish Times and she has shared several relevant consumer items about the costs and hazards of technology. Her cautionary note about the prospects of encountering bill shock related to mobile phone usage hit home in late November 2020 for me.