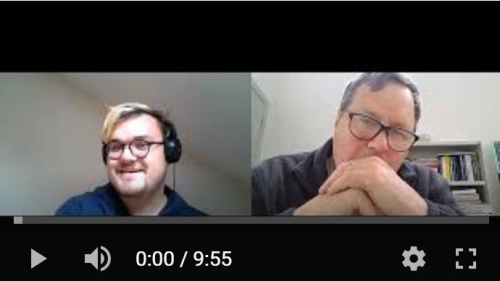 I met up with Josh O’Farrell Hurley using Zoom during audiomo, a monthly social audio challenge. We created two video clips, one for Twitter that also went to Josh’s Soundcloud account and another for Flickr. The one for Twitter was similar to a clip Ray Garraud and Ernie Hartley made using their Backpack Studio app. You can also create threaded audio commentary by using Limor or Swell.

I asked Josh what he has noticed about the interesting network of people who participate in the annual audiomo challenge. Josh has made several new connections on his Twitter, Facebook, and LinkedIn accounts. He discovered “some of them would like and repost” his audio clips. This contrasts to last year when Josh often felt he was “just shouting into the void. I wasn't getting a lot of replies.”

This year, Josh has changed the way he subtitles his content. When he cross-posts his links from SoundCloud to Facebook and Twitter, he accompanies the links with expanded caption, some containing questions or calls to action.

I normally use audio platforms that serve content with RSS feeds. Services like Buzzsprout, Spreaker, Audioboom, Anchor, and Libsyn generate RSS and that means larger aggregators such as Amazon Music, Google Podcasts, Apple Podcasts, and Spotify pick up the audio clips and extend your reach. SoundCloud, Limor or Twitter Audio don’t generate RSS feeds so that means the audio you make with those services remains inside their respective silos. One of the work arounds to this constraint could be to post (or embed) the audiomo clips into a free service like Blogger, Tumblr, or WordPress.

Josh and I know people are slow to change the way they get their content. They might have habits where they get their news primarily from Facebook so they won’t buy a subscription to a mainstream newspaper such as The Irish Times. People enjoy their watering holes and they often have habits that cause them to open their screens and scroll for content.

My information workflow revolves around extensible watering holes because I want to pull high quality information into services such as Feedly or Pocket or Instapaper. These aggregators do their best work with RSS feeds. These services have been running for more than 10 years. They are structural parts of the internet. They help me manage a wide cross-section of content. 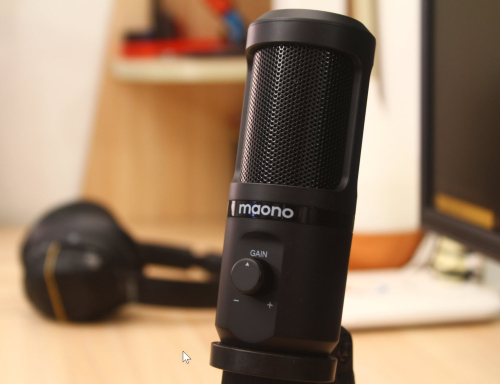 “I got a new microphone,” Josh told me. “It’s a Maona USB mic. I got it from Amazon because of its low price and fantastic quality.” It’s a condenser cardioid mic optimised for podcasting. 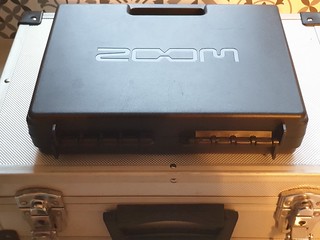 I mentioned that I have a flight case with foam cut-outs for my audio gear and it’s quite handy having a separate container for the mics and cables. We talked about audio content we’re making for audiomo. I can tell Josh is experimenting with various workflows. I’m trying to talk about old tech I want to use in the autumn semester and lately, I’ve started playing with an old Ricoh Theta S camera. Some people have heard and seen what I’m doing and they’ve chastised me for my camera choice. I politely told them I’ve had the camera for more than four years and it’s been scratched by several students who borrowed it.

I’m also using a well-worn Zoom H6 recorder because I plan to connect it to four XLR cables and use it in a lecture hall setting to quickly get high quality audio segments for revision material. In this scenario, I could have 60-80 people seated in a socially distanced auditorium with microphones passed down a row to capture responses to overhead questions.

The text for this blog post was originally generated by Microsoft Azure from the MP3 file of the Zoom session. You can hear the unedited version on the Soundwave-Knight Soundcloud account or on the Topgold YouTube account. If you have questions or comments, please reach out to Josh O’Farrell Hurley or Bernard Goldbach on LinkedIn.

I met up with Josh O’Farrell Hurley using Zoom during audiomo, a monthly social audio challenge. We created two video clips, one for Twitter that also went to Josh’s Soundcloud account and another for Flickr. The one for Twitter was similar to a clip Ray Garraud and Ernie Hartley made using their Backpack Studio app. You can also create threaded audio commentary by using Limor or Swell.