I'M MUCH MORE effective in teaching and learning when I take time to carve out spaces for creative reflection. I've shot a simple video clip that shows an unlikely space that features in my weekly routine.

The Lumia video clip includes several materials that have always played a part gathering and distilling information. My youngest daughter has reinforced one of those objects--a small 28 page Moleskine. Mia likes its miniature dimensions. I do too because it's the most portable note-taker I own. And I can get several months of use out of it without worrying about recharging it. See the clip at https://www.youtube.com/watch?v=hkqCc002QDk

[Bernie Goldbach is the senior pilot creative multimedia lecturer in the Limerick School of Art & Design.] 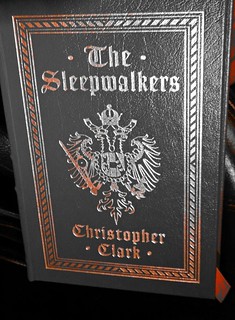 A CENTURY AGO, when my grandparents were teens, The Great War ravaged the world. As I read about how Europe sleepwalked into that conflict, I can point out some vocabulary words that arose during WWI.

I point out to our children that although millions of men gave their lives on the battlefields of Europe, influenza claimed 50 million more lives in the conflict’s immediate aftermath. Some of those deaths happened in military hospital wards scattered throughout Dublin.

While reading Christopher Clark's The Sleepwalkers, I simultaneously read Sarah Sloat in the Wall Street Journal as she summaried words that emerged during the conflict to enter the common vernacular.

Thoughts from the Atrium #LSADmedia 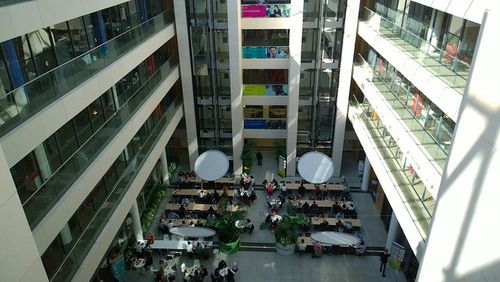 AFTER A HALF DAY in Microsoft Ireland, I'm returning to campus with ideas that originated in a Skunkworks project. If my intentions are successful, I will convert that Skunkworks initiative into several clever Windows Phone apps and then watch young children time hop with their grandparents through memories of their school days.

I'M WATCHING TV3 as it tries to launch a new cooking show hosted by Angeline Ball, a former Commitments star. The show is called Home Cook's Academy and its name falls afoul of copyright.

That's because Cooks Academy, based in Dublin's South William Street, has been trading since 2005 and its owner thinks the TV show infringes copyright and creates confusion among the public. Cooks Academy teaches home cooking courses. The company employs nine full-time staff along with freelance chefs. It registered its name and its red and white logo in 2006. Publicity pictures for the TV3 programme show a red and white logo.

These kinds of identity disputes can be amicably settled and sometimes result in cross-promotion of both parties.

The Biggest Space of the Summer 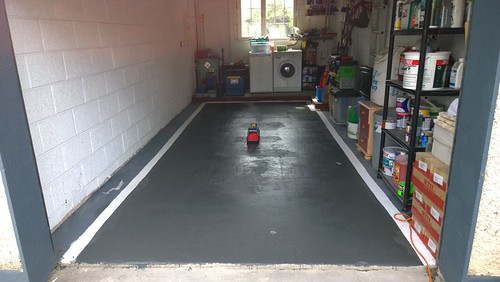 I WILL REMEMBER the summer of 2014 as the time when I cleared out seven carloads of stuff from our garage and reclaimed the space. The possible utility of the space emerged during the summer.

Listen to "Reclaiming Space" on Audioboo

Continue reading "The Biggest Space of the Summer" »

Photos I Did Not Snap 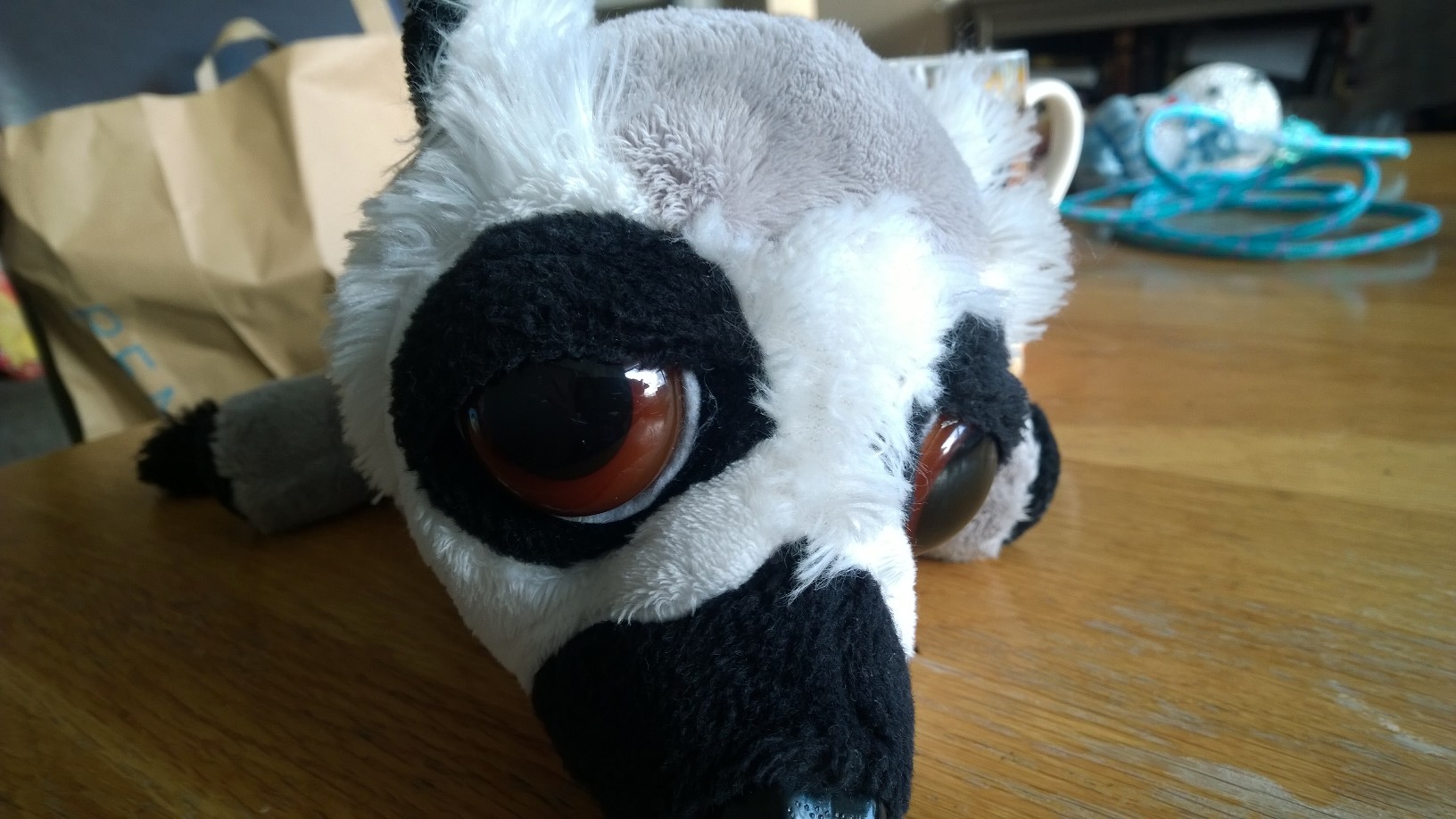 Photo of Racoon by Mia.

WE HAVE THREE mobile phones in the house to give the kids an awareness of how the major operating systems work. As the above image shows, our young people snap things they want to keep or share.

Continue reading "Photos I Did Not Snap" »

Our Worlds of Patatap and Friv 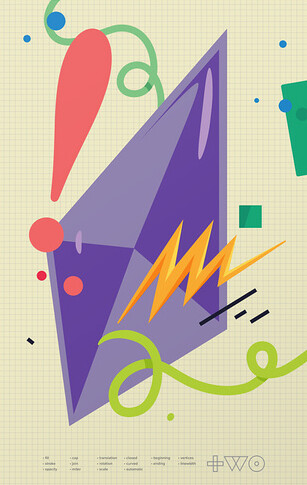 WE HAVE A 6YO who enjoys keyboard activities. She has added Patatap to her toolkit, right after Friv. [1]

I discovered Patatap, a portable animation and sound kit, on Pinboard. [2] When I visited the Patatap website, my Chrome browser loaded an iFrame that mapped the letters A to Z to sounds and shapes. Then I watched our 6yo run her fingers across my laptop keyboard to create create melodies charged with moving shapes.

We stopped after my Dell battery died, but not before Mia switched between multiple colour palettes ("Dad! I can make it turn pink!") and matching soundscapes on the fly. [3]

"The motivation behind Patatap is to introduce the medium of Visual Music to a broad audience," explains Jono Brandel. "Artists working in this field vary in discipline but many aim to express the broader condition of Synesthesia, in which stimulation of one sensory input leads to automatic experiences in another. Hearing smells or seeing sounds are examples of possible synesthesia". I brought synesthesia into our social media classroom last week and will continue the discussion as we explore the start of a social media research project in support of the annual Pen & Pixel exhibition on the LSAD-Clonmel campus. We might try to bring Patatap's colourful visual animations to the 22 May exhibition. If you have a Chrome browser, you might enjoy what happens below the break.

Continue reading "Our Worlds of Patatap and Friv" » 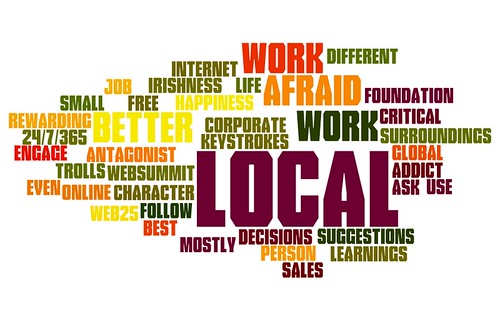 WE HAVE GUEST speakers visit the LSAD-Clonmel campus every fortnight and some of them get special treatment when our resident animators sketch the presentations in full flow. The results [1] give a special sense of 360 degree feedback.

Before the end of March 2014, John Peavoy will visit and enjoy the same treatment. I've heard John's  rock-solid advice shared with unemployed Dell workers and want to see his 2014 version. Ahead of the visit, I've generated a Word Cloud that represents the gist of the email conversations we've had. And I'm sharing the result on my InsideView.ie blog and on Flickr.

3. You can follow the Wundering Moleskine on ShareYourAdventure by going to   http://bit.ly/mapwundering02

Photo of Lucy snapped by @topgold.

I WATCHED MY NIECE sketch out the answer to the question. "Where do you live?" And when she finished both her Moleskine sketch and iTouch audio work, we shared her adventure online.

Lucy (6) has started a collaborative project with other primary school students who might want to get parents' help as they (1) sketch a place, (2) share an online audio of the process, (3) check into a nearby venue that helps define their place, and (4) tweet about the #wundering Moleskine.

If you want to play a part in this little project, please leave a comment on my blog, or talk to @daylightgambler or @iankath and we will work out a way to get you into the flow. The watercolour Moleskine will fill up with the work of 40 young people before the end of March 2014 and then return to Ireland's City of Culture as part of an exhibition co-ordinated by the Limerick School of Art & Design. Three of the Moleskines will feature in the Global Voices Conference in May at the Limerick Institute of Technology.

There will be six Moleskine journals crossing national borders throughout 2014--one for you if you want to claim two pages.

AS SHE STARTS her second year of primary school, five year old Mia has room for two more artists' pencils. That's because four of the pencils have been used more than any others during the past three years.

Mia commandeered my Derwent artists' pencils at the age of two, when she first learned how to colour. She prefers all shades of pink, as seen in the photo. And because of that preference, we have a fresh pink pencil commanding a major presence in the pencil case.

One other welcome addition to this years' book bag is Mia's personal pencil sharpener. The lucky girl earned two different sharpeners from friends in Limerick. She wants to blog "thanks" to Donnacha Hurley and to John Kennedy. Both saw her distraught face when she couldn't sharpen a broken nib while she drew a house outside the Absolute Bar & Grill. The sharpeners are brilliant because she can hold and twist her hands and sharpen her artwork by herself.

[Mia starts her first day as a Senior Infant today.]