The Most Nail-Biting Robocode Final in Ireland 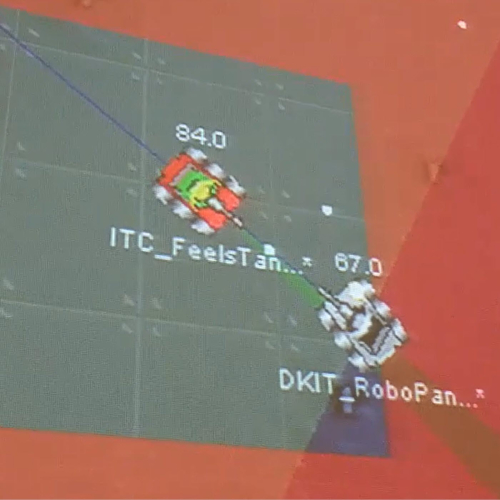 I WATCHED THE MOST nail-biting final in Irish Robocode history unfold in the Thurles Thunderdome on the LIT-Thurles campus and at the end of a captivating nine-minute round, Robo Panda from the Dundalk Institute of Technology took the trophy from a very aggressive and cleverly programmed Feels Tank Man from ITC Carlow. You can listen to the final round commentary below.

Continue reading "The Most Nail-Biting Robocode Final in Ireland" » 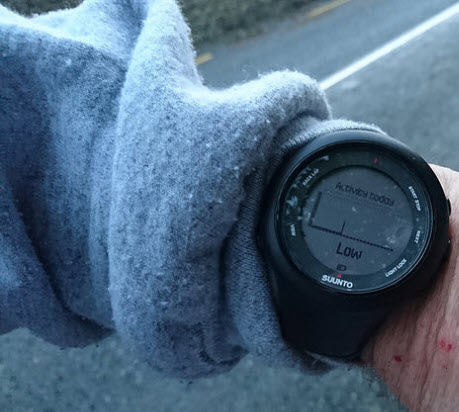 HUNDREDS OF THIRD LEVEL students in Ireland have started a month-long step challenge by joining together in small teams to record the highest number of steps together. We will update this page throughout the month of March 2018, helping to surface some of the initiative shown by LIT sports management students who are taking part in the programme.

Proof She Could Use a @GoPro

Video by @miarosegold in Clonegal.

TODAY MARKED A milestone of sorts as 7yo Mia asked to use my Lumia 1520 to run alongside her cousin while recording her best circuit of the Huntington Castle's obstacle course. Next time, I hope Mia has a GoPro.

I am impressed at Mia's clever creativity and by the way she's able to sprint around with an over-sized smart phone without running out of breath or ideas. I told her the steps to use with Camtasia after she pulled the video clip off the phone with a USB cable. [1] I think it's time to upgrade our array of recording devices and also to train other young pre-teens at Busybees in Clonmel with the handheld technology. Expect to see more of Mia's road camera work on my blog during the clear summer days ahead. [2]

2. Multimedia storytelling features in several parts of the ICT in Education Conference held on the campus of LIT-Thurles on Saturday, April 25, 2015. 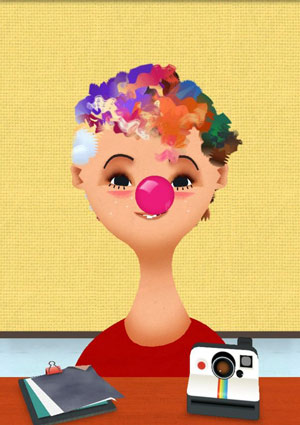 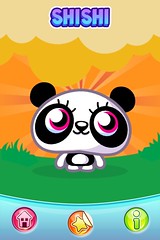 Bernie Goldbach on the road | Screenshot by Mia.

FROM THE BACK seat comes requests to help pronounce words. The Assignment: Know the names of every Moshi Monster.

That's Shishi in the screenshot. When a Moshling emits a particularly entertaining squeal, his or her adorable face ends up in the photo gallery of my iTouch. And on special days like today, the Moshling gets a blog post. Last month, Moshlings got a slot at the Dublin Web Summit.

Once I figure out how to record and share the sound of Shishi, I will add it to this blog post and engage our resident expert to explain other squealing Moshlings that she finds most adorable. Some are in her bedroom. Some have pride of place on the sitting room sofa. One hides in Mia's backpack. Sometimes, there's sibling strife when the youngest borrows one of his older sister's huggable Moshlings. It's all good fun.

Bernie Goldbach hopes the kids start creating their own journals. 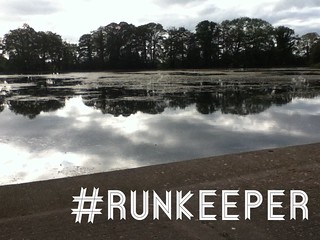 THE RUNKEEPER APP is a game for me because it transports me into an arena where I am the player.

I like the clever design, coaches' voices and online tracking provided by the app. To use it well, I need to run with my Klipsch earbuds so I have a way of easily controlling tracks of music. I've got to spend more time reordering my playlists because my music isn't helping me run fast.

I also need to work on finding more stiles in walls near routes like the Rockwell lake in the photo. Sometimes gates close off easy access to people who know only paths with gates. But locals who know where hundred year old walks have stiles can find unimpressed access to running trails that can take you to quiet loops of Runkeeping serenity.

Notes from a Geocaching Newbie 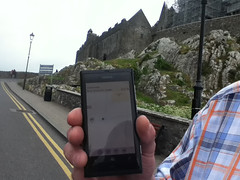 Bernie Goldbach in Cashel | Image of the Lumia showing a cache.

I CONSIDER GEOCACHING part game and part trekking. While helping our four-year-old daughter navigate towards several discoveries, I've gathered some ideas worth sharing for other geocaching newbies.

We start our outdoor geocaching adventures indoors by talking to our mountaineering pre-schooler about the kind of shoes she should wear for the cache we're about to locate. I use a Nokia Lumia phone to select favourites and we normally talk about what the clues mean. I've discovered we can increase the spatial awareness in young Mia by discussing words like "along" and "under" and "behind." It helps that she has developed her perceptual awareness of these prepositions because it makes field guidance easier when we're within 300 metres of the cache. It's essential to review the cache attributes since these icons always help narrow choices of geocaches. We're staying at or below level three in difficulty with young children leading the way. 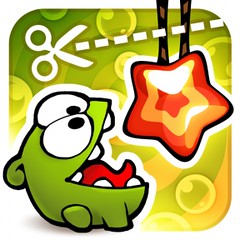 I AM AT THE INTERSECTION of immersive gaming and popular culture as I begin another academic semester with both games developers and creative multimedia students at LIT.ie.

I start the new year surrounded by games developers. They know how to code computer games. They have more than one games player in their homes. They have games like Cut the Rope (at left) on their mobile handsets. They understand the roles played by UI designers, project managers, graphics designers, scripters, and sound engineers. I'm the guy on the outside.

I also have a group of students who will plan the annual creative multimedia exhibition in LIT-Clonmel. We want to attract more people to this important event and I think the games developers can offer suggestions that will help that happen.

During the next month, I intend to leverage the expertise of the two groups, exposing the collaborative group dynamic, high-quality audio clips, compelling graphics and scratch work as video clips. I will use Google Docs, Basecamp, Google Hangouts, Dropbox and an assortment of online social networks to achieve the result.

I STARTED NOTICING issues with Foursquare earlier today, encountering 504 errors and the crying mayor at left. That's all to be expected when companies push out infrastructural changes. After a few hours of the crying princess, Foursquare returned to my handset with a new granularity. Specifically, I can now see every town and city in Ireland. There isn't much to be found in anywhere except Dublin, unless I'm in a town where other Foursquare users have manually input venues they have visited. In my social media module at Tipperary Institute, students will add venues with tips and tags in Clonmel and Cashel. We'll follow the lead of Keith Bohanna as he adds and tags things in Kilkenny.