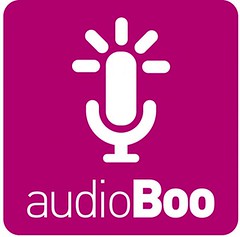 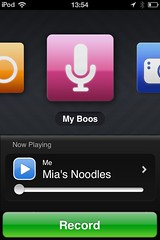 Nine Years Ago I Followed @eirepreneur

NINE YEARS AGO, I followed James Corbett onto Typepad. It marked an evolution in the way I share and write.

Since 1997, I've dabbled in different forms of journaling online. I lurked on LiveJournal, posted 100 things on Blogger, spent four years with Radio UserLand and hung Movable Type scripts on an Irish server for three active years. Then in mid-2003, I started pushing text onto Typepad's servers.

Blogging has evolved since 2003 with the most notable facet being the number of Irish people who no longer use blogs as their main watering holes. Instead, the voices I used to read in the 2003-2008 time frame now express themselves in 140 characters on Twitter. They've very clever smartphones that allow them to avoid typing on a laptop. Some of them might read this blog post as a short headline on Twitter or they might get it as a newsfeed through an app. But my audience will never return to 1000 page views a day, like it was prior to 2009. However, a combination of views on all the other networks I inhabit (Google Plus, Flickr, Slideshare, YouTube, Audioboo, Feedburner) keep the reach of my ideas well into four digits every day.

But so much of all that other activity starts here on my blog, like it has nearly every day since mid-2003. 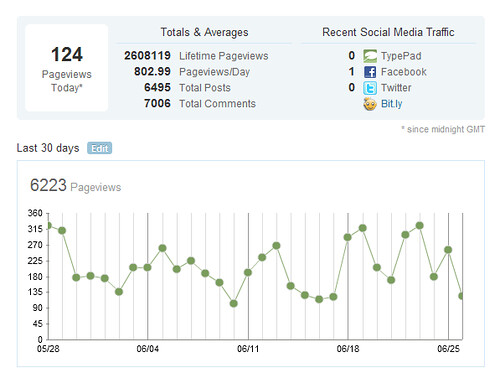 IT'S TIME TO REALIGN some of the properties I have online to give them a more sustainable foundation. 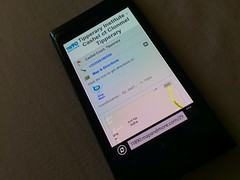 WHEN I ASK 11890 directory assistance for a phone number, it's a 30 second transaction that now includes a map.

I've rang a few times from my mobile phone (in the photo) to see cross-check a few things, like the name of our college (it's recently changed) or the new phone numbers of businesses we like to use. The service is always fast, always accurate. I normally say something like, "Maura, could you text me a business phone number for Beva in Glanmire, County Cork?" The reaction is as fast as a person can type and rarely longer than 20 seconds. That's 20 seconds from the time I start to ask to the time a text arrives on my phone. And now, the text comes with a map that's more accurate than I get with Foursquare. 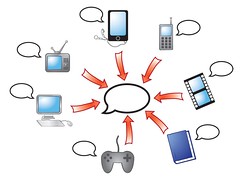 THE DEVELOPER WHO figures out how to encapsulate individual blog posts as social objects will have the next big thing. Getting that capability means returning juice to blogs.

If this blog post was a social object, you could embed the whole thing wherever you desired. Any comment you made would follow you or could embed into your Twitterstream, refreshing with a follow-up comment if you dialed that into your preferences. If this little post was a social object, people would be more likely to share it, like it, upvote it, and paste it onto their Facebook wall where they could continue babbling about it. And magically, the babbling would percolate back to this original blog post.  This is something Google Plus is trying to do but the API isn't sorted yet.

The image embedded in this blog post is a social object, pulled from Flickr. But it's not a two-way social interaction because what I'm writing here doesn't attach itself to the image on Flickr.

I'm patient so I'll wait. Based on what I'm seeing inside G+, I think Google has figured out the most primal thing people do on the internet is not search, it's share. We're humans. We like looking at things and telling friends what we saw. We like spreading gossip. And if we could write on our own space and expose what we wrote as social objects, the world would observe a blogging renaissance.

Perhaps as early as this year. Stay tuned for blogs that get christened as social objects.

Image of Transmedia from my Flickr photostream, illustrated by TheCarbonado. 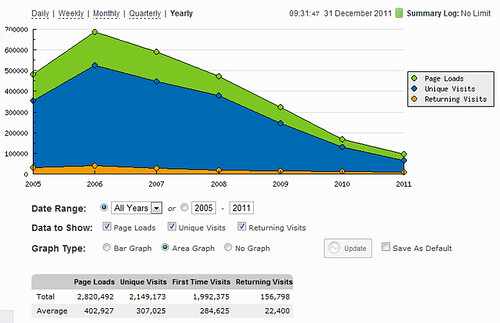 YEAR-END STATS from three sources confirm something I've know for several years--I'm shedding around 30,000 annual visitors to my blog.

At the current rate of decline, I wonder how strong the long tail of my blog actually is. I know that if I don't post anything for one week, I'll attract an average of 88 visitors per day. If I let the blog idle for more than a month, I doubt more than 20 visitors would stop by every day. I wonder what might boost the annual visitor count back to the 100,000 mark. I've put this blog post up on Google Plus where I expect to read the opinion of some clever commentators.

I'M WITHIN A WEEK of observing my tenth anniversary of blogging and noticed that the pattern of declining page views imitates a "drawn activity" curve for the search term "photoshop download".

This means that fewer people want to download Photoshop the program or fewer are looking for Photoshop files to revise on their own computers. I don't know why interest in Photoshop downloads is declining across the web but I know the reasons for my own blog's demise: Facebook and Twitter. I push out my blog posts to both of those services and I can see a steady flow of people coming into my blog from both of those networks. The headline from each of my blog posts goes to Twitter and the first paragraph of my new blog posts often automatically publishes on Facebook. I imagine that's enough content for people so they don't click back to the source. The result is the downward progression of the bell curve illustrated in this blog post.