THERE IS SOME TALK about Facebook losing numbers but I won't talk about that since Pat Phelan has hit the Facebook squelch button. One of the problems with Facebook at the moment is that it discriminates against old age pensioners over the age of 98.

As eagle-eyed John Walkenbach points out, "even though their drop-down year selector includes 1910, they won't allow it." Why would anyone over the age of 25 want to use Facebook anyway?

YOU ARE LESS like to encounter security theatre in Ireland than most other countries. In case you haven't flown anywhere in the past six years, security countermeasures have been designed as ways to employ people who try to impart the feeling of security while doing little or nothing to actually improve security.  Bruce Schneier coined the term for his book Beyond Fear. The idea has currency in security circles too.  You will also hear Edward Felten talking about "security theater" when describing the security measures that serve to exploiting the gap between perceived risk and actual risk.

AS A PUBLIC service to Irish subscribers who are interested in American politics, how about spotting Hilary Clinton, Barack Obama and John McCain in these college photos? 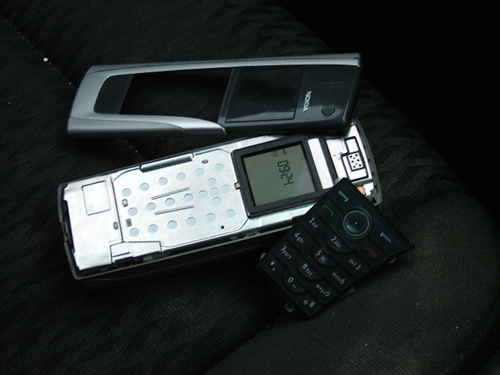 MY NOKIA 9500 is one of my longest-serving pieces of technology. It has survived five drops onto concrete, two major water spills and an unknown amount of abuse at the hands of several students during creative multimedia classes and while in the field as a mobile blogging device. Two of those students took the phone with them into austere operating locations in Kenya where it rang up thousands of euro worth of call charges. The phone served as an ultraportable computer and podcast recording device there in Africa and also during several runnings of the Schoolworks programme in Tipperary Institute. At an initial purchase price of €800 (discounted to €620 during a subsidised upgrade), the Nokia 9500 costs as much as a laptop today. However, it has outlived two laptops I have used during the same time period. Through its life, my Nokia 9500 has helped O2-Ireland notch up more than €10,000 of revenue, most of it for charges related to data services (texting and browsing). For that amount of data shock, I get double diamond upgrade status with my network. Unlike most of my friends, I like the form factor of the Nokia 9500 so I'm transitioning to the Nokia E90 for daily use now. I'm in the process of stripping most of the data from the phone and handing it over to American backpackers who will use it with a Cubic Telecom SIM in the States and in Ireland when they roam for free in Europe during the summer of 2008. I wish the phone had a better camera and I wish it used the Series 60 operating system because both of those capabilities would extend the phone's usefulness for another two years. It's a great phone for browsing the web while using wifi, it plays podcasts for me several times a day, and it can see videos through its Real Player. Unfortunately, its web browser crashes easily when it encounters a lot of Javascript and Ajax so I use the phone primarily for mobile-friendly sites and for browsing XML files served up as newsfeeds. Back in 2004, when I first started using the phone, I thought it would be a year or two before most of my colleagues figured out newsfeeds and reduced their tendency to click around to view websites. That hasn't happened where I work which means most of my colleagues would not like seeing the web through the small screen of the Nokia 9500. But it works for me and the phone is one of the reasons why I'm hardly seen viewing web pages placed at the front of web sites. It's simply more efficient to view the newsfeeds, as I've been doing nearly every day since 23rd of February 2004, when I first unpacked my Nokia 9500.

OVER THE COURSE of the past 10 years where I've had an active presence online with mailing lists, discussion boards, and blogs, I've received several threatening emails ordering me to recant comments, change blog posts or to delete all reference to a specific item. In all the memorable cases, the initial correspondence contained action words that indicated the writer would follow a process that resulted in slamming me with a lawsuit if I did not promptly comply. I ignore all those threats but deal with the requests as they arise because as I have figured out in Ireland, anyone can claim to be a solicitor, produce headed paper that substantiates their claim, and even produce court documents with stamps to indicate a place on the docket. I have received all of these fabricated documents before. These tactics are meant to achieve action and when they land on most desks, people jump. I don't even open the letters, I do not acknowledge my name when asked at my doorstep and I don't call down to the Post Office to get the Registered Post. And life goes on because society recognises polite extortion when it appears. Polite extortion now appears in the Irish media as big players are starting to rally around U2 in its call to monitor browsing histories in attempts to find people who shift music illegally. It's a shakedown racket, and there's no redeemable value to the proposal.

Continue reading "So Sue Me" »

IRELAND HAS NO "enforcer" like the General Accounting Office to ensure that expensive e-government projects are delivered on time and on budget, says Maeve Kneafsey, chair of the Irish Internet Association. Last month, John Collins pointed to a Comptroller and Auditor General report which found that "only half of the Government's ambitious e-government projects were fully operational six months after the deadline had  been reached." The Irish taxpayer would be better served with an "enforcer" who would help deliver better value for money.

FOR SEVERAL YEARS, while an application for planning permission is under consideration, "sensitive personal and financial information, such as bank statements, social welfare information and pay slips submitted by individuals seeking planning permission, have been put online by local authorities." Anyone could see that information, including merchants who later used the data for direct marketing of their services. I have seen scans of credit card bills and pay slips when looking at planning applications submitted by neighbours. The scans are normally made into PDFs. It is relatively easy to lock those PDFs behind passwords but I don't think there's a specific requirement to safeguard the information in that way.

ON MY SEARCH to find high-quality broadband connectivity in Ireland, I have reached an astonishing conclusion. Getting broadband in Ireland is often as simple as finding fresh sushi. Try it for yourself. Pick a place on the map of Ireland that has fresh sushi and you’re very likely to visit a place serving broadband to people living nearby. If you find a venue offering free sushi, it normally offers free internet connectivity as well. When I discovered this, I realised I might have solved Ireland’s broadband malaise. Providing high-quality, low-cost broadband access in Ireland might be as simple as establishing a chain of sushi takeaways.

GOOGLE IS MORE than YouTube but it's in video and mobile that Google will reach a new revenue line. From the looks of Adsense for Video, Google's "InVideo" will deliver results. The advertisements appear as a banner at the bottom of videos. When clicked, they open a new window and play a video ad. You need to be running a video online that streams at least one million times every month in order to participate in this revenue play. Because the video spots are highly targeted and tailored to content, they purportedly generate CPMs of up to $15. 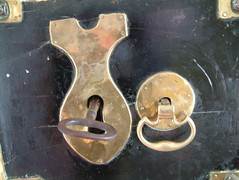 DURING THE PAST three years, I have walked the quiet grounds of the Ballingarrane Estate in Clonmel, County Tipperary, Ireland. Lately, the sound of road works cuts through the quiet pastures as South Tipperary County Council continue to make improvements to the infrastructure around the country estate. Part of the planning involves unlocking the quiet grounds from their dormant status and opening a research centre in Ballingarrane on the northwest side of Clonmel. This is a big move for a consortium involving the Council, Enterprise Ireland and Tipperary Institute. And just as a new roundabout is completed, a front page announcement in the local press heralds "a new era for third level education facilities in South Tipperary." The announcement reveals that the county council have agreed to let Tipperary Institute use the former Watson residence as a research centre. In an interesting twist, the renovation of the old residence and the building of related structures is to occur at no expense to the Exchequer because Tipperary Institute intends to swap out its existing buildings and property for the new premises. Some very detailed negotiations still remain to occur with a property developer. The Estate itself was purchased by South Tipperary County Council eight years ago. It has remained a focal point of the county's strategy to create a combined third level and business development technology park.

Eamonn Lacey -- "Massive third level education boost for South Tipperary" on the front page of The Nationalist, 23 Feburary 2008.
Photos from the Ballingarrane Estate.