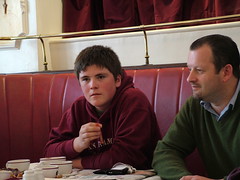 JOHN COLLISON, an insightful entrepreneur from Limerick, appears in a Silicon Republic eThursday interview today and offers some thoughts worth considering by Irish educators. The interview, by John Kennedy, asked John Collison how Ireland might switch more Irish teens onto technology. It's something I'm interested in as well, if only because the Irish IT sector continues producing job opportunities while others (like pharma) ruthlessly cut when the bottom line demands. John told the Silicon Republic, "Education is all about laying a good framework or foundation ... If you have a very good maths, science or applied maths curriculum, then people will do it in college." I grew up in the States and spent several weeks during two summers walking through the woods to get to college classrooms where I took pre-Calculus courses. Those courses were added onto my high school transcript and allowed me to accelerate into Calculus at the age of 16. I wonder why such a programme does not exist in Ireland? Surely there are talented Irish teenagers who would set aside some of the summer sunshine to earn academic credit. And if that credit was annotated on their Leaving Certificates, I believe Ireland would be a better place. 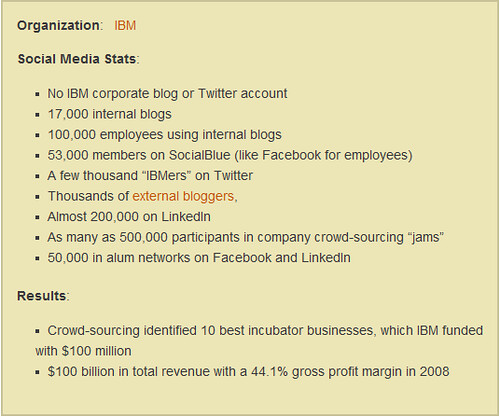 IBM OPENED AS a business on Bloomsday 1911. It first emerged in New York City as the Computer Tablet Recording Company, with Charles Ranlett Flint at its head. IBM now employs over 425,000 people worldwide, generating nearly $100bn annually, making it the 7th most profitable company in the States. It's also very active in online social networking (see above). Nearly 3000 people across Ireland work for IBM, some graduates of Tipperary Institute's creative multimedia degree programme. I'd like to see Watson, the IBM computer that won Jeopardy, complete a Bloomsday challenge and try to cross Dublin without passing in front or behind a pub.

NO LONGER DISTRACTED by an intellectual property lawsuit with Nokia, I reckon the iPhone just got better. We have three iOS devices and three Symbian devices running in the house (two charging in the photo). With Nokia's Symbian line drawing to a close, it's good to see both companies settling before a court appearance so attention to innovation can become the main focus. The case taken by Nokia against Apple was bound to arise because Apple refused to cross-license Nokia technology. Most phone manufacturers recognise mutual innovation and they try to set up royalty payments to each other's patent portfolios. Apple refused to do this with Nokia and the case headed to court. The case never went to a full hearing, terminating instead with a significant payment by Apple to Nokia. The amount of money is big enough to bring one of Nokia's divisions into profit this quarter. The terms are confidential but analysts will be able to spot the one-off payment in filings later this year.

First Words from Our New Arrival

WE NEED TO FILL newsfeeds with more good news and today, ours is the arrival of Dylan George Goldbach, a healthy 7.5 pound boy. It's our second child, delivered without any sort of painkillers for his mom. Ruth thinks it's a bit impersonal to flood social networks with baby news but I know there are 35 regular readers of my blog who want this kind of happy news with their morning corn flakes so I'm taking liberties and posting a photo and a short audio clip of the little man's first words by using a well-worn Sony digital dictaphone in my shirt pocket. His cries stopped the moment I gave him an ounce of formula. We're quickly learning his language.

I WAS ASKED TO leave the maternity ward of South Tipperary General Hospital because the real action starts just before dawn on 14 June. I am really impressed with the hospital, its facilities and the staff. At every turn, I encounter something better than I expected from the Irish Health Service Executive. Or maybe it's just the strength of the local staff and its quality of service. Whatever the case, I know Ruth's getting first class antenatal care and I'm an important accessory, ranking below the gear they wheel around on trollies (like the kit I've attached to this post). I'm going to catch a few hours' sleep (maybe) and return with really big news sometime on the 14th of June. 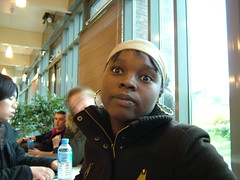 I ARRIVED IN IRELAND in late 1994 and that was the first time I heard the term "gobsmacked". A learned Irish flatmate told me "gob" was Irish for "beak" and then the term made sense to me. And right away "gobshite" had a deeper meaning too. If you search Google News for references to the non-hyphenated word, it looks like the first time it surfaced was in Chemistry World on 11 March 1985.

... was just absolutely gobsmacked when the results came in I personally did the analysis and it was just blindingly obvious that every single character ...

Our online dictionaries in Tipperary Institute give the etymology.

1985 Guardian 23 Feb. 19/3 Last Tuesday I shook him [sc. Sir Stanley Matthews] by the hand.‥ On the red shale Spion Kop where, 40 years ago, I used to stand to see Wednesday play, I would have been described as ‘gob-smacked’.

1987 J. Curran K2 (1989) i. vii. 88 The event that really caused raised eyebrows was that the Frenchman, Benoît Chamoux, had climbed the Abruzzi in only twenty-four hours! ‘Gobsmacked’ was the only word to describe our reactions.

I've been out of the States to notice whether anything would gobsmack me at home.

FIFTY YEARS FROM NOW, I hope my great-grandchildren can look back on this week and discover what Ruth and I were hearing and seeing this summer. That's one reason I make a 10-minute summary of the Irish news on most Sundays. This Sunday's newsround includes generous inches of coverage in remembrance of Brian Lenihan, the former Irish Finance Minister who passed away on Friday after losing his fight with pancreatic cancer. An undercurrent of desperate financial news follows in the papers. The Irish government is to use the last five billion euro in available cash in the National Pension Reserve Fund to bankroll its employment stimulus plan. If successful, it will spark 80,000 jobs. The head of the national broadcaster is warning of "pain everywhere" as he beings to drip feed spending cuts across RTE. To get a clearer picture of austerity, innovation and some gadgets I crave,  you really need to see or  hear the whole story by following the audio or video links attached to my Sunday news post. 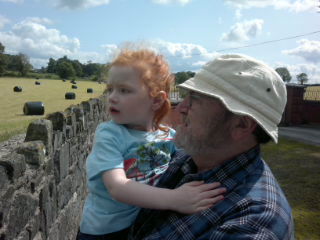 THREE GENERATIONS are under one roof in our Cashel home at the moment as we count the hours to a new arrival. Hearing the grandparents tell stories makes me realise that our oral history collection is too small. It's the same compelling thought I hear time and again from Mark Rock, Bob Goyetche and Mark Blevis. Several times a day, family stories unfold in small talk that I should record. Those stories will disappear forever as people pass away. I carry all the recording gear needed to archive all these stories and I just have to pull my Nokia E7 out of my pocket and tap an icon on its screen. I've long overdue. And for visitors interested in other important news, we are overdue. 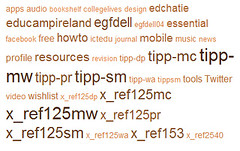 USER-GENERATED TAG CLOUDS are a Pinboard resource and I'm excited in the knowledge that I can become a better aggregator. Knowing how to identify, save and share an information aggregate is a core skill of a knowledge worker. The process forms part of a Learning to Learn module that is evolving at the Limerick Institute of Technology. I've my own view of what a Personal Learning Network (PLN) should involve and I'm spending time at the DIT e-learning summer school talking with peers who may inform my judgment as I discuss my journey in developing a PLN. At the moment, I'm aggregating a lot of the flow behind my blog Inside View to allow smart aggregators like Pinboard to distill the value from the bookmarks that get hoovered by the Pinboard slurper. I generated a May Tagcloud and attached it to this blog post because I realise I must clean up my tagging to make it more intelligible for the casual observer. I'm going to harvest what I have (more than 5000 bookmarks) and clean up the cryptic x_ref references so people can see at a glance the key terms and hashtags that drive my learning.

I am Topgold on Pinboard.in.

Getting Ready for Launch Day 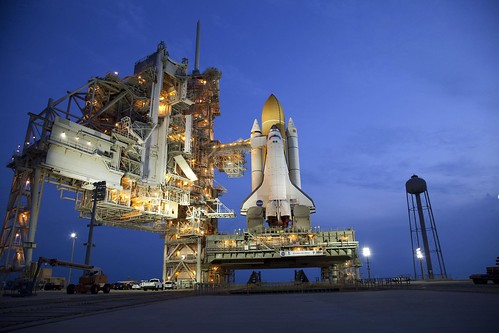 THAT'S THE SPACE SHUTTLE Atlantis sitting on her launch pad, ready for the final NASA space shuttle launch. History will be made on the 8th of July as STS-135 takes to orbit with technology that will be parked forever. We'll have an infant in the house then, and although he won't be able to understand what's happening on the screen when the rocket launches live, so I'm saving the NASA footage as part of his lifestream. And some day we'll go to Florida together and look at the massive exhibits that chronicle man's orbits around our earth. Thirty years ago, I used to fly rocket parts in the back of a large cargo jet. And in 1981, I flew sorties with Eileen Collins, the first woman commander of a space shuttle. Today, I just watch as the ISS passes overhead while I thumb through old pilot logbooks.