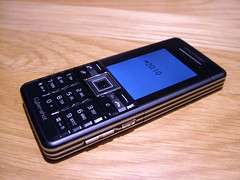 TO SET UP AN iPhone so it can use Vodafone Ireland's network, you need to go into Settings> General> Network> Edge and enter three fields. The ISP APN settings are as follows:

We use these settings to get the best cameraphone in the house (at left) sorted for data purposes. Prepay customers are charged 19 cent per MB when using Vodafone's network for this.

IF I WAS blogging when I first started work in 1976, I would probably have written about continuing inflation and how that was affecting my car's thirsty needs every 300 miles ($5300 firebreather at right). I would have blogged about the first Concorde flight for sure, because I was headed to the sky over Alabama and Arizona. I didn't have a computer back then but 1976 was the first year for Apple, something I spotted when visiting friends in San Francisco throughout the summer of 1976. San Francisco homes cost more than the 1976 average home cost ($43,400.00) back then. I didn't earn enough to buy a home back then but with $14,000 of annual taxable income, I wasn't too far away from buying my first home. I think I spent most of my monthly wages on gasoline (cost per litre: 16 euro cent), radar detectors, cassette tapes and my car payment. I lost my Nikon camera sometime during 1976, never bought a Polaroid camera, and used an Aiwa tape recorder to record tracks from hifi systems. I talked a lot about flying with several college classmates. Two of them went off to fly the Enterprise, the Space Shuttle that was first unveiled in 1976. Times have changed a lot since my first paid employment in 1976. 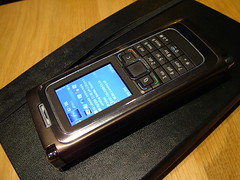 AFTER A VERY MEMORABLE trip from Ireland to the east coast of the US, I returned with a benchmark on the Nokia E90 as a cameraphone. Following the NYC excursion, I've exceeded 400 snaps with the E90 on Flickr, making it my most-used cameraphone ever and my most valuable piece of personal technology. It bears mentioning that I've sat on the phone twice, dropped it on concrete five times, soaked its external keyboard in fizzy soda and accidentally compressed it in a bag behind a car seat. This piece of technology is as tough (and as big) as a brick. Now it's also approaching the 500-shot mark, making it more a part of my daily life than my laptop. When I first bought the phone, I did not imagine how reliable it would be, how resistant to software crashes it would be and how versatile a workhorse it would prove itself. There's a whole other chapter to be written about the E90 as a video recorder. I'll save that for another post. Bonus Link: Nokia WOM World on Twitter

TEN YEARS AGO, I was cleaning out a bookshelf several stories above the catacombs of Curved Street in Dublin. The catacombs connected Arthouse (now Filmbase) to the Temple Bar Music Centre. On some weekends, long after we turned out the lights in Arthouse, we could stoop and shuffle to get pints at gigs. We were riding the Celtic Tiger wave in 1999, trading stories about nixers paying some guys more than 1000 Irish punts a day. In one obscene example, a Java coder I know billed 550 pounds Sterling for two lines of Y2K encapsulation code. We talked about those crazy things in the dark auditorium under Arthouse, the venue used for Teencamp this weekend. Some of those teenagers have hopes of a successful online experience. I hope there's a showcase some day that features start-ups trading stories about the underground side of their business because I always learn from the things in the shadows. 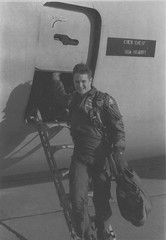 MORE THAN 20 years ago, my working life revolved around a series of 80-minute naps, normally taken while wearing sunglasses. I got paid to sleep in a Captain's Chair that was bolted onto the floor of the pointed end of an aircraft. (Front left door shown at left). While taking my enforced snoozes, the polite bing-bong of SELCAL would normally awaken me and I would listen to the copilot report something about our flight. Since 20% of my Pacific journeys were aboard airevacs, some of the SELCAL traffic dealt with geographical positions of births and times of death. My life has changed since those high-altitude long-range intercontinental journeys but lately, I have to plan my evenings around 80-minute sleep periods, punctuated by shrill crying from another room where the youngest expresses her dissatisfaction with getting five big teeth all at once. I imagine her jaw feels like an episode from 24 where an interrogator extracted a perfectly good tooth from a reluctant candidate. The nightly SELCAL lifestyle actually isn't that bad. I have discovered that my body can hit REM within an hour and most of my colleagues don't seem to notice I'm motoring around with a sleep aggregate, not a full night's sleep.

IT'S SUNDAY AND we're out walking along the River Suir in Cahir, County Tipperary. It's time to see what the Nokia E90 can stream up to Blip.tv because Joe Garde is always raving about its service. I sent a short seven-second video directly from the phone to Blip.tv and hope to see it play on my Nokia E90 and on the iPhones of a few family members eight time zones away. Find me at topgold.blip.tv. 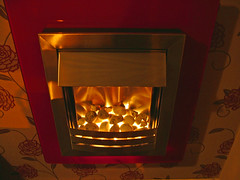 DURING EVERY CHRISTMAS season, I remember my first views of Ireland. That's because I docked in County Wexford a week before Christmas 1994. It was a cold December then, and I felt frosty fingers and toes while inside my flat. Coming from eight years in Germany, where homes were sealed tight and insulated well, I lay down to sleep in a drafty place where I could see my own breath at night. Within a few weeks, I learned I didn't budget for fuel and I also learned that only my outdoor shoes had thick enough soles to prevent cold from seeping into the bottom of my feet. It would be months--years--before I figured out Flogas bottled gas containers, heating oil distributors, peat briquettes, the joy of natural gas boilers and the convenience of wall-mounted electric fires (like the one pictured that hangs with us now). The process started that cold Christmas eve in Greystones, County Wicklow. Sometime I think I should return to Greystones during the Christmas season to see (and feel) how much has changed.

A SPRAINED KNEE gave me an opportunity to hobble into a new doctor's office where I had time to think about the state of play in Irish health care. From Christmas correspondence, I know I have a better chance of getting health care in Ireland than many of my 50-something friends have in the States. Several of my college classmates, now into their third major round of employment since earning their degrees, are one illness away from financial ruin. They don't sign up for the company health care plan because it takes too much out of their paychecks. American businesses actually face competitive pressures from Irish, British, and German companies who don't have to pay for employee health cover. While flipping through some well-worn magazines in my newly-adopted GP's office, I watched two young moms register with the receptionist. Like me, they surprised the receptionist by saying they didn't have a medical card and just wanted to pay their own way. This kind of preventive medicine needs to be encouraged more in Ireland. People need to invest in their own wellness. For more than 30 years, I saw my GP (or flight surgeon) at least once every six months. The Little League coach, high school athletic director, and college intramural programme insisted on these check-ups. But in Ireland, it's easy to fob off a meaningful medical exam simply by declaring yourself fit. I don't think that's a healthy attitude so I've already booked in for my semi-annual check-up and I'll get my cholesterol results a few days before my next birthday. Prevention is this man's best cure.

Throttling Up as Ireland Sleeps

UPDATE 2 JAN 09 WITH IMAGE.
DURING THE CHRISTMAS SEASON OF 1996, I looked at ways of creating an online presence. In Ireland, the 10 MB of space, URL, and FTP access would cost me more than 1500 Irish punts. I got the same service and more for 350 British pounds so I set up Topgold.com on Corpex. Years later, that domain is held under tight fist at Corpex, the subject of billing challenges. This year, as Ireland sleeps, I'm going to try to do the same thing--set up a discretionary domain. I'm asking Blacknight for help, with no guarantees as to what will happen. If I get what I request, the world will see Bernie Goldbach emerge on an education weblog and finally be able to judge whether there's anything from the hills of Tippeary of value in the edublogging realm. I'm holding my breath--between several Christmas feasts--not knowing where the new world will take us. Check back for updates. Or merely set a bookmark to Bern.ie and see if it lights up before the middle of January.

Gaelic Telecom Lied to Me

TRYING TO BE A GOOD citizen, I cautiously converted my eircom telephone services over to Gaelic Telecom. In so doing, a portion of my telephone charges would be donated to the Gaelic Athletic Association and also be earmarked for local athletic teams in Cashel, the town in County Tipperary where young Mia may play Gaelic games within five years. I should have merely worked out a direct debit to the GAA as a contribution from source. Because with Gaelic Telecom, a few things happened that made me reverse my decision.