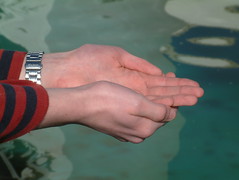 WHILE OUT WALKING WITH MY TODDLER, I got a short email from Steven Gill: "Aaargh!" He explained, "That is what my head screams most of my time at home. The oldest two girls will not stop arguing. My youngest daughter and my son will not stop beating the hell out of each other. My house is always a mess, the washing pile never seems to get smaller." And he can never find where he put his coffee cup. I have the many of the same challenges.

Through a set of Media Writing assignments, I know that life as a creative media student falls somewhere on the scale of "bliss" and "hectic". Steven "would gladly work on a fifteen page document on campus than at home," but there are work pressures all around the gaff and if you don't deal with those as a priority, you will pay. Who doesn't have hectic home life challenges? And when you ask a few follow-up questions, would those with screaming kids really object to having them? Not the people I know. 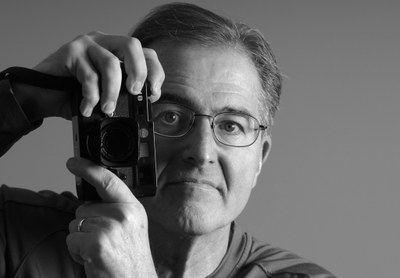 I HAVE A GOOGLE ALERT set up for Chris Gulker and got a fright when Google told me about his "last picture show." Not knowing what I was going to see, I read a bit of gallows humour as Chris discussed the upcoming photo exhibition in Cafe Zoe, featuring many of his own shots. As an international journalist, Chris has shot and syndicated more images than anyone I know in Ireland. His love of photography almost resulted in me buying a black and white camera since his B&W work is superb. I hope some of it hangs in Cafe Zoe for at least three months--longer than the time Chris expects to live.

A Pansy for Aileen McKeogh 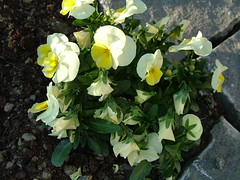 FIVE YEARS AGO TONIGHT, Aileen McKeogh lost her battle with cancer. In the funeral announcements, her family recalled her love of flowers. In the ensuing years, I always think of Aileen on the 23rd of May because it's a special day in our home as it's also my wife's birthday. I worked with Aileen McKeogh while teaching web development in Arthouse. Because of her foresight, Arthouse took a leading role in the training of web designers throughout Ireland in an era before Google, mobile browsers, or data on phones. Aileen left Arthouse for the Institute of Art, Design and Technology in Dun Laoghaire. Her work in Dun Laoghaire was instrumental in the establishment of the MAVIS programme, the visual arts degree earned by several mid-career artists I've discovered while attending MAVIS seminars. I think the legacy of Aileen McKeogh deserves more than pansies but I know if she was still alive, Aileen would enjoy knowing there's a vibrant plant named after her, enjoying the Irish sunshine.