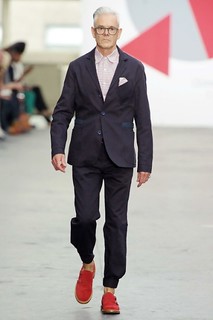 I HAVE STARTED SAVING screen captures of well-dressed men because I need the motivation to lose weight in order to get a nice look. Today I put Gordon Richardson into my collection.

I'm just about the same age as Gordon Richardson, the creative director of Topman (shown at left). I work with creative multimedia and digital animation students who respect me more when I look the part. I do like to look good because when I've the attention of a lecture hall full of students, I owe it to those present to look like I care.

I used to wear a suit and before that I wore a uniform. Back in the day, my flight suit and Air Force blues could turn heads. I've dropped well down the appearance charts now and want to have a goal to regain some lost stature.

I would like a smart jacket over skinny trousers because I think that combination subverts the expected.

I have to set aside a pile of entertainment money if I truly want to climb up the upmarket creative dress ladder and try to mimic the Jobs Look with a black shirt. I'd go for woven silk tuxedo trousers if you're buying and finish with Nike tennis classic trainers. But first, a gaberdine coat--and that will set me back more than the cost of a fully tricked-out Surface Pro 3 tablet.

[Bernie Goldbach is dreaming in the Limerick School of Art & Design.] 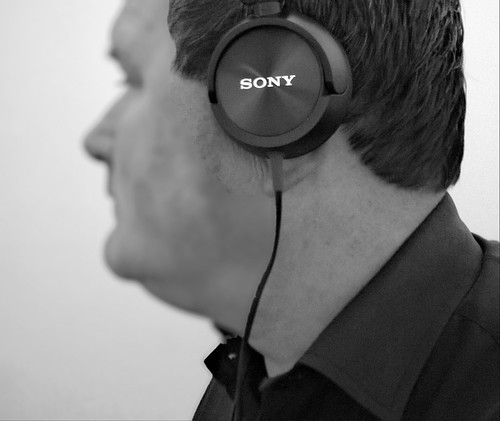 Side shot snapped by @topgold with Lumia 520.

A SET OF SONY stereo headphones fell off the shelf of my local Tesco and into my shopping basket. So I paid EUR 22 for the MDR-ZX300 the same week that friends told me they got the neodymium magnet cans for $20.

They're more comfortable at 120g than the Beyerdynamics I've been using the past three years. But compared to the Beyerdynamic, the Sony MDR-ZX300 earcups are pants which means the headset works best for people with small ears. And because I work next to a server fan, I've noticed the earcups on the Sony headset do not isolate sound well. This means I can hear ambient noise along with the headset leaking to the outside world.

But I like the way the Sony MDR-ZX300 packs flat in my desk drawer, helping keeping the cord from tangling among the assorted gear I keep in my rabbit hole. 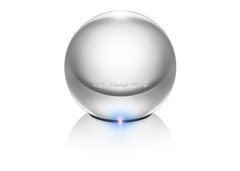 IF I HAD FIVE HUNDRED EURO to enhance my desk, I'd consider buying a USB 3.0 LaCie Sphère by Christofle for the same money that would fund a couple of two terabyte portable drives for my laptop bag. However, this design object is a silver-plated hard drive that make my hotdesk shine.

The handcrafted, globe-inspired LaCie device is enclosed in a spherical, silver-plated steel case.

Christofle was founded in France in the 1830s, when my forebears were still in Germany and France. Christofle has always symbolized luxury and elegance and that is the case with the LaCie Sphère. It looks striking because its unique round shape demands the attention of talented silversmiths in Christofle’s Normandy workshop (see the video below). The shape and the shine come from a precise manual silver plating procedure that culminates with Christofle’s hallmark signature, polished for perfect brightness. This time-consuming process results in a bold silhouette and highly reflective surface. I think we will buy one and give it away to a special person at the Global Voices educational technology conference in Thurles on May 10, 2014. Its presence on a desk will certainly spark curiosity and converstion.

Keeping Up with Bad Kitty 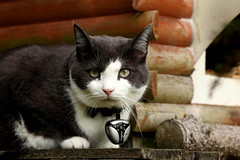 WE USED TO HAVE a house-trained cat, like the one in the photo, who took adventures inside neighbours' homes. Although he didn't take photos with an Eyenimal video collar, he returned with stories to share.

Many of the stories started with someone up the street asking, "Do you have a black and white cat?" Then they would tell a funny story about finding Jack in a box or hearing him politely call for food while sitting under a table. With an Eyenimal camera, we would have enjoyed more context to the stories.

The 100 euro Eyenimal petcam is a micro camera that easily mounts on a collar. It has an integrated microphone, battery life of 2 1/2 hours, weighs 35g and measures 6cm by 1.5 cm by 4.5 cm. On board is 4GB in Flash memory. You transfer content via USB and charge it that way as well.

It's easy finding Eyenimal fans on YouTube, on Flickr and the #eyenimal collection on Instagram often entertains me. I'm looking for people who have playlists of Eyenimal live feeds because deep down inside, I believe the world is better when we acclaim the joy of unscripted cat videos.

Our Next Laptop Will Convert

Screenshot of IdeaPad Yoga from Lenovo.

I AM ONE of those longtime PC owners who does not believe we are headed towards a realm filled only with tablets and smartphones. For that reason, pur next home computing companion will probably be a convertible laptop.

Our five year old is learning skills involving keys, a mouse and web-based services. And while she is happy with apps, she knows there is a bigger world wide web revolving around legacy content.

I'm cross-posting this item to September 2017 and will review what Mia has on her study nook as a 10 year old. I think it will have a physical keyboard on it. 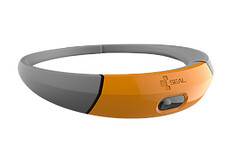 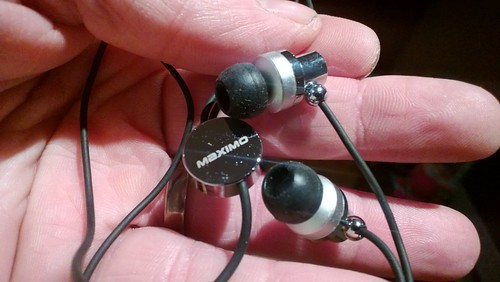 Unlike several earbuds I've purchased before, the iMetal headset works with iPhone (all the way back to 3G), Blackberry or any multimedia phone with a 3.5mm or 2.5mm headset jack. The iMetal's button control functions are dependent on the features of individual multimedia phones. 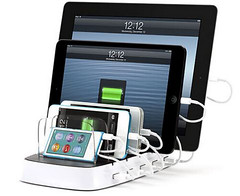 WE DON'T HAVE enought USB Cables when trying to charge our stuff so it's handy to have a PowerDock 5 around to slot things in for a boost.

The Griffin PowerDock 5 has enough room to give each tablet its own charging port along with a clear backrest. You can keep an iPad in its case while recahrging too. An illuminated status light tells when PowerDock 5 is powered up and ready to charge up to 2.1 amps per recharging slot.  We have 16 iPads running in one trolley so it's handy to know there's a rack that can recharge five in one go. Since this device exposes generic USB ports along one side, it can be used with any hardware capable of charging over USB.

And the 2.1 amps per connection means it will recharge iPads and Motorola Xoom tablets without a low power warning. 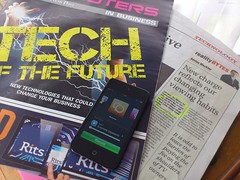 THE BUSINESS POST in Ireland offers several leading thoughts about technology on the near horizon that I am bringing into our creative multimedia programme. You can click on the image to see a video that explains more details.

I'm posting these trends forward by five years to see how accurate Dick O'Brien's prognostications are.

Tech I Can Use

The e-Reader for Evernote 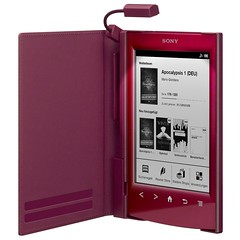 MY PERFECT CHRISTMAS present would be a Sony PRS-T2 e-reader because it boosts my Evernote productivity.

I have no real issues with my bog-standard Kindle but I need to squeeze more time for Evernote from my daily routine. I toggle into Evernote several times every day, seven days a week. I tell Evernote (via audio) where I've parked our car, I snap shots of warranties. I put all invoices into Evernote. I track expenses due from my employer through Evernote.

I also send direct messages from my Twitter into @myen. I highlight passages from books, websites and student submissions while I read. I write short summaries of audio I hear on the internet and on the radion into Evernote.

Sony's PRS-T2 has clever Evernote synchronity that would help me GTD. You set up your credentials on the device, log into Evernote, select a notebook to sync with the e-reader and you can see your Evernote life through that notebook.

I can also send content to the folder using Evernote Clearly in Chrome. Clearly's browser extension strips all the clutter off a page, and saves things without any baggage on the side or bottom or top. Clearly can save notes, create notes or scrape whole pages for reading later.

I wish the Evernote implementation in the Sony e-reader was more elegant. I have to manually send items from the reader to Evernote. That means I make several taps to switch from what I'm reading to Evernote to save and back again. That said, to have Evernote in the hand whenever I'm in an e-reading position is a big win all around.

Bernie Goldbach equates clever Evernote use to Getting Things Done.